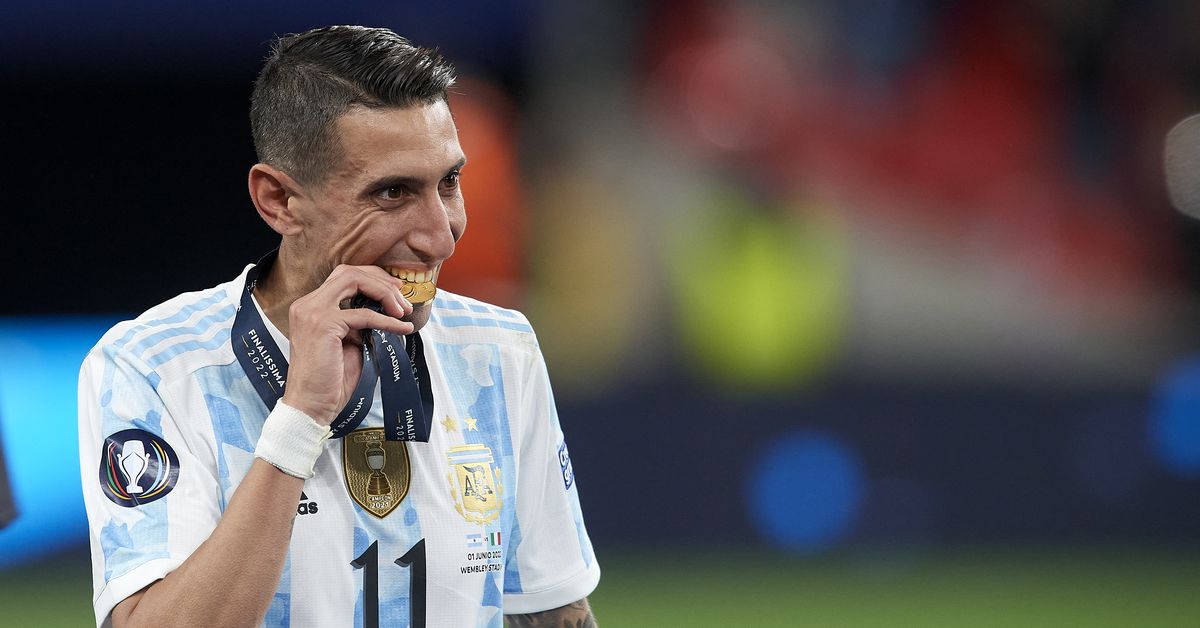 Angel Di Maria is one of a host of players who have been linked with Barcelona this summer and the Argentine has spoken briefly about his future.

The winger, who is a free agent after leaving Paris Saint-Germain, is also rumored to be a target of Juventus and he admits the Serie A giants are a possible destination.

“Juve is the biggest club in Italy and one of the teams that is interested in me,” he said.

“They’re the biggest club in Italy, one of the teams interested in me. At the moment I am reflecting, concentrating on holidays and family.”

The rumor mill seems to think that Di Maria is waiting to hear from Barcelona before making a final decision on his next move as he’d rather head back to Spain than play in Italy.

Di Maria is one of several options out wide for Barcelona next season along with Raphinha and Ousmane Demble.