Home » Apple iPhone 14: What to Expect—Is It a Significant Upgrade from the iPhone 11? Apple iPhone 14: What to Expect—Is It a Significant Upgrade from the iPhone 11?

Apple’s iPhone 14 is coming later this year, and by the fall season, users may upgrade to the latest version of the smartphone from the Cupertino giant. Reports and speculations claim that it may not have a significant upgrade or change from the iPhone 13, but it still brings several new things to the device, which is substantial when coming from 2019’s iPhone 11.

Apple’s iPhone 14: What to Expect on the New Device? 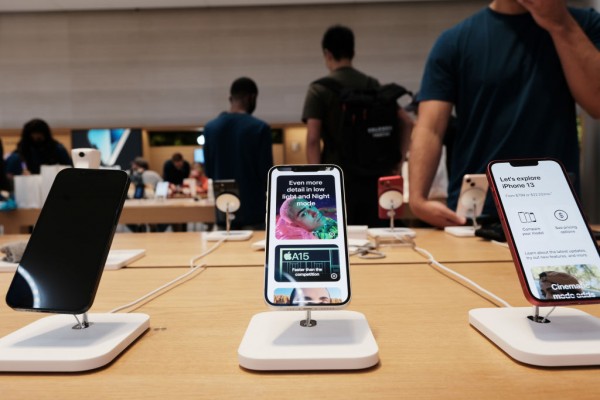 (Photo : Spencer Platt/Getty Images)
NEW YORK, NEW YORK – SEPTEMBER 24: The new line of iPhone 13’s are displayed at the Fifth Avenue Apple Store during the launch of the phones on September 24, 2021 in New York City.

The Cupertino giant is shaping up the new device as we speak, but they keep its specs and details a secret from the public and would wait until the last minute for its revelations. Speculations come for the device as early as iPhone 13’s release last year, and big names like Mark Gurman from Bloomberg regularly bring an update to the device.

The new display is allegedly bringing the always-on-display that people were asking for in the iPhone lineup, as it has been years since it was available from other manufacturers, but Apple avoided its inclusion. Additionally, it brings the latest A16 chip that would power it better than older iPhones, aiming to deliver on its whole experience.

In terms of a device upgrade, MacRumors reported that upgrading from the iPhone 11 to the iPhone 14 is ideal, and there are massive differences in its specs and features to come for the device. Its look may not change significantly to the 2019 smartphone, but it still is a worthy upgrade from a device almost three years ago.

All the details surrounding the iPhone 14 are merely speculations and rumors, as there are no confirmed specifications for the new device. Still, it is already shaping up to people’s expectations of it. Allegedly, the iPhone 14 and its lineup would sport a 6 GB RAM for its memory, and it would be a significant upgrade for all its lineup coming from 4 GB.

However, that is not entirely the case for the smartphone as it brings more changes to its processes and features, including the A16 chip that would release by September. Reports also claim that the new iPhone 14 would improve its cameras significantly, bringing the device to take photos better, compared to its powerful setup with the iPhone 13.

There is much information about the iPhone 14, and it is because its release date is nearing for the company, as users would only have to wait around two to three months for its showcase and arrival. Users thinking of upgrading to the new iPhone 14 from two-year older devices and earlier may be a great idea.

However, they would have to check its specs and look into what Apple brings for September.