Home » Arsenal told to cough up £50m for Lisandro Martinez 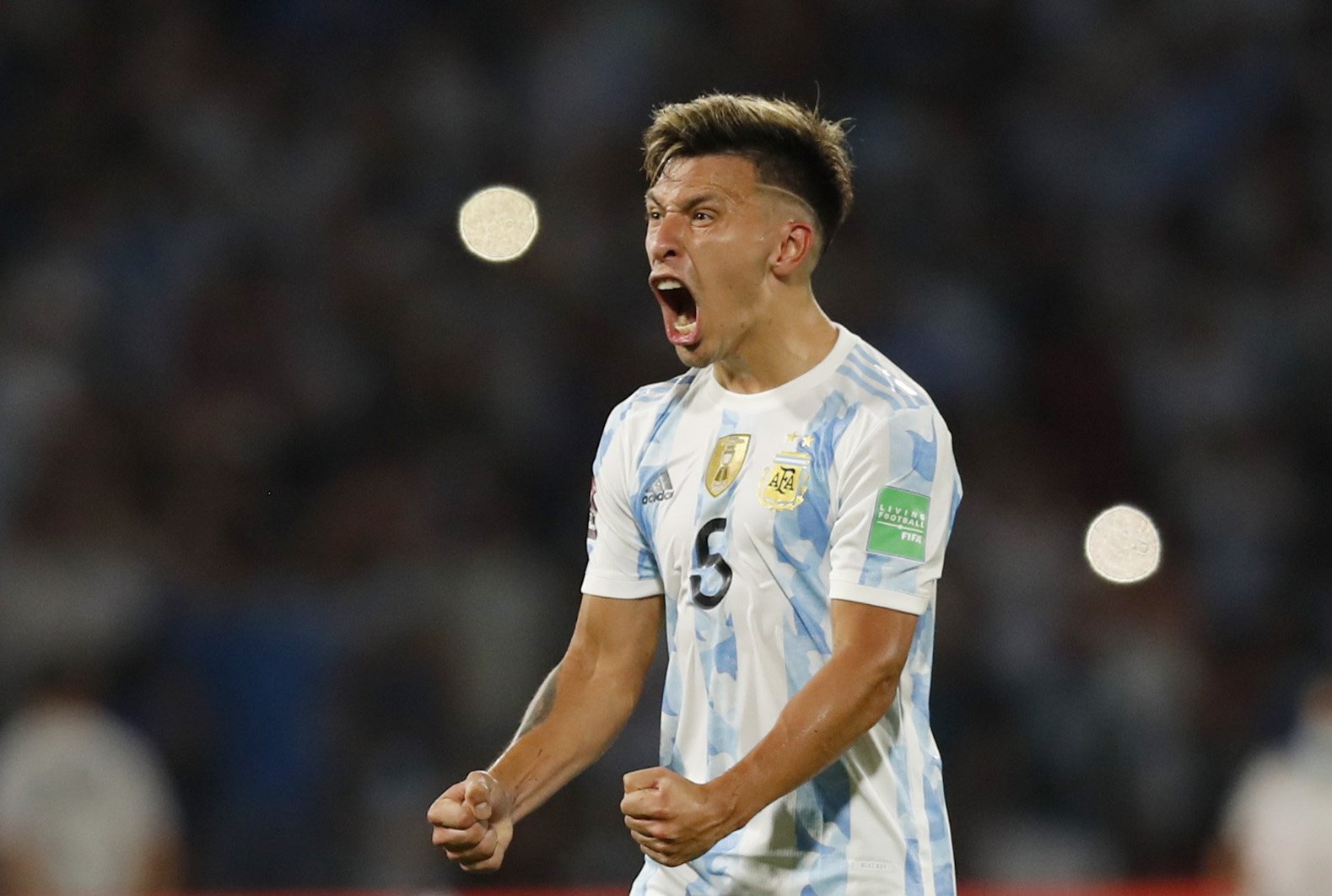 Arsenal told to cough up £50m for Lisandro Martinez

The 24-year-old is primarily a centre-back but can also line out as a left-back or as a holding midfielder. The Argentina international has been with Ajax since 2019 and made 120 appearances under Erik ten Hag in Amsterdam.

Arsenal have been heavily linked with a move for Martinez, who appears to be at the peak of his powers with a career-high £28.8m Transfermarkt valuation, but it looks as if the Red Devils are looking to pip the Gunners to a summer move.

Most Read on Arsenal Mania

Arsenal still need a striker, potentially another central midfielder and also a player who can cover for both Gabriel Magalhaes and Kieran Tierney when required, and Martinez fits the bill due to his versatility and qualities in a possession game.

According to Dutch outlet Telegraaf, Ajax are demanding a fee of around €50M up to €60M for the Argentinian versatile star.

The Gunners have indicated that they are willing to pay €30m (£25.8m) for the versatile Argentine.

But that won’t be enough to tempt Ajax as they are now looking to minimalise any more high-profile departures in the squad.

The versatile £28.8m-rated dynamo could represent a stunning acquisition from Mikel Arteta and smart piece of business.

Journalist Casey Evans previously claimed that the defender has a “bulldog-like” approach, and his statistics suggest that it is an accurate assessment.

In 2021/22, the brute won a whopping 69% of his individual duels and made 3.9 tackles and interceptions per game in the Eredivisie – showing that he is an aggressive defender who wins the majority of his 50/50’s.

These stats show that he is a physically dominant player. Despite his relatively small 5 foot 9 frame, he is still capable of bulldozing his way past players or bullying them off the ball.

Martinez has also shown that he has the potential to deliver a higher standard of performance on a regular basis than the former Swansea man. Last season, the Argentina international averaged a phenomenal SofaScore rating of 7.61 from centre-back as he produced quality displays week-in-week-out in the Netherlands.

He’d fit right in within Arteta’s possession-orientated system, not just capable of filling in at centre-back, left-back and defensive midfield but because of his tremendous efforts on the ball.

Martinez is a tremendous ball distributor and progressor, and would offer a lot of fine creativity and passing both in the defensive third when building out the back and in the middle third when instigating attacking moves, he also ranks in the top 1% of centre-backs for shot-creating actions per 90 (1.38).

At the age of 24, he also has the potential to improve and is a player Arteta can work with on the training pitch to help him develop in the years to come.