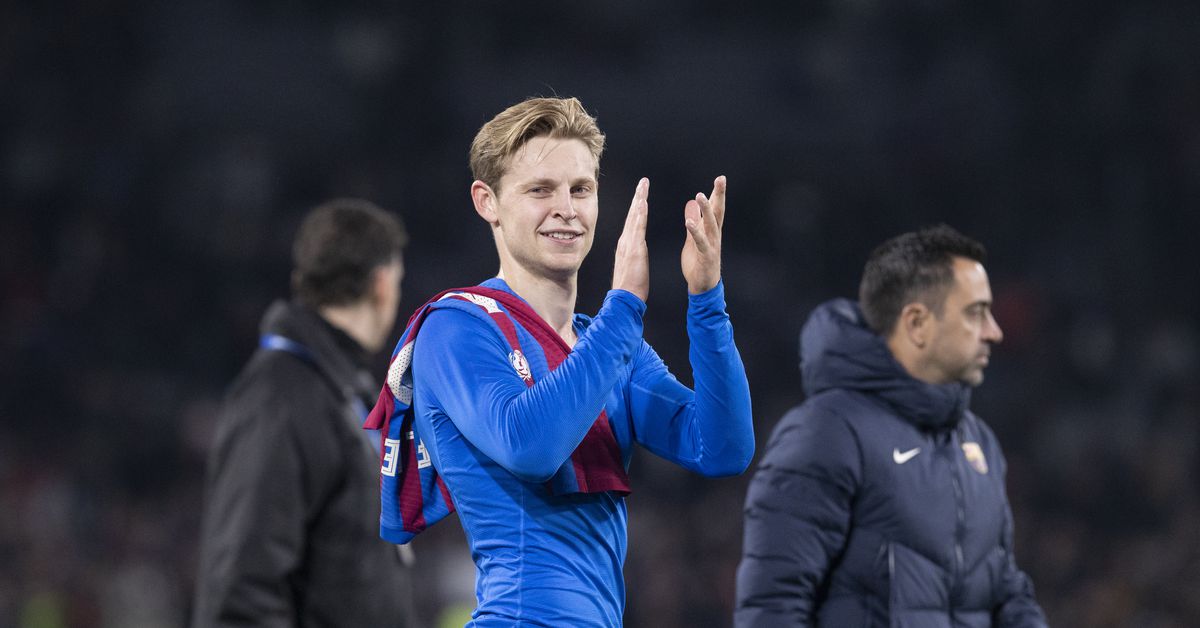 Frenkie de Jong’s future continues to dominate the rumor mill while the Dutch midfielder is busy enjoying a well-deserved holiday in the United States.

First up are Diario Sport who are reporting that Barcelona and Manchester United are “very close” to agreeing a fee for the 25-year-old.

The “deal would be for around 80 million euros” and the Red Devils think they can seal the transfer before the end of the month. Good luck with that.

Of course it’s not quite as easy as all that. De Jong “still needs to give his yes to the operation” and agree a salary with the Red Devils.

And that’s where it all gets a bit tricky. De Jong said once again before he left for his holiday that he doesn’t want to leave Barcelona and it seems he hasn’t changed his mind at all.

Cadena SER reckon “the player’s intention is clear: he does not want to leave” and his ambition is to stay and “have a successful Barça career.”

Quite what will happen if Barcelona and United end up agreeing a fee for the midfielder remains to be seen.

De Jong has made his feelings clear on several occasions that he wants to be playing for Barca and not United next season and his stance doesn’t seem to have changed despite all the rumors.