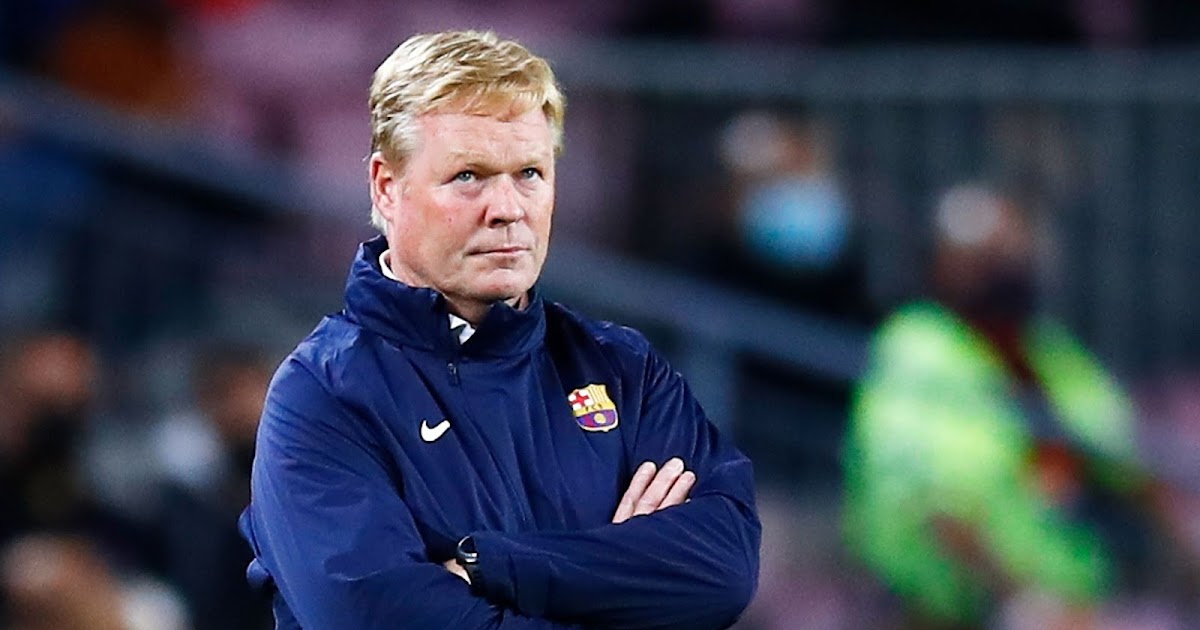 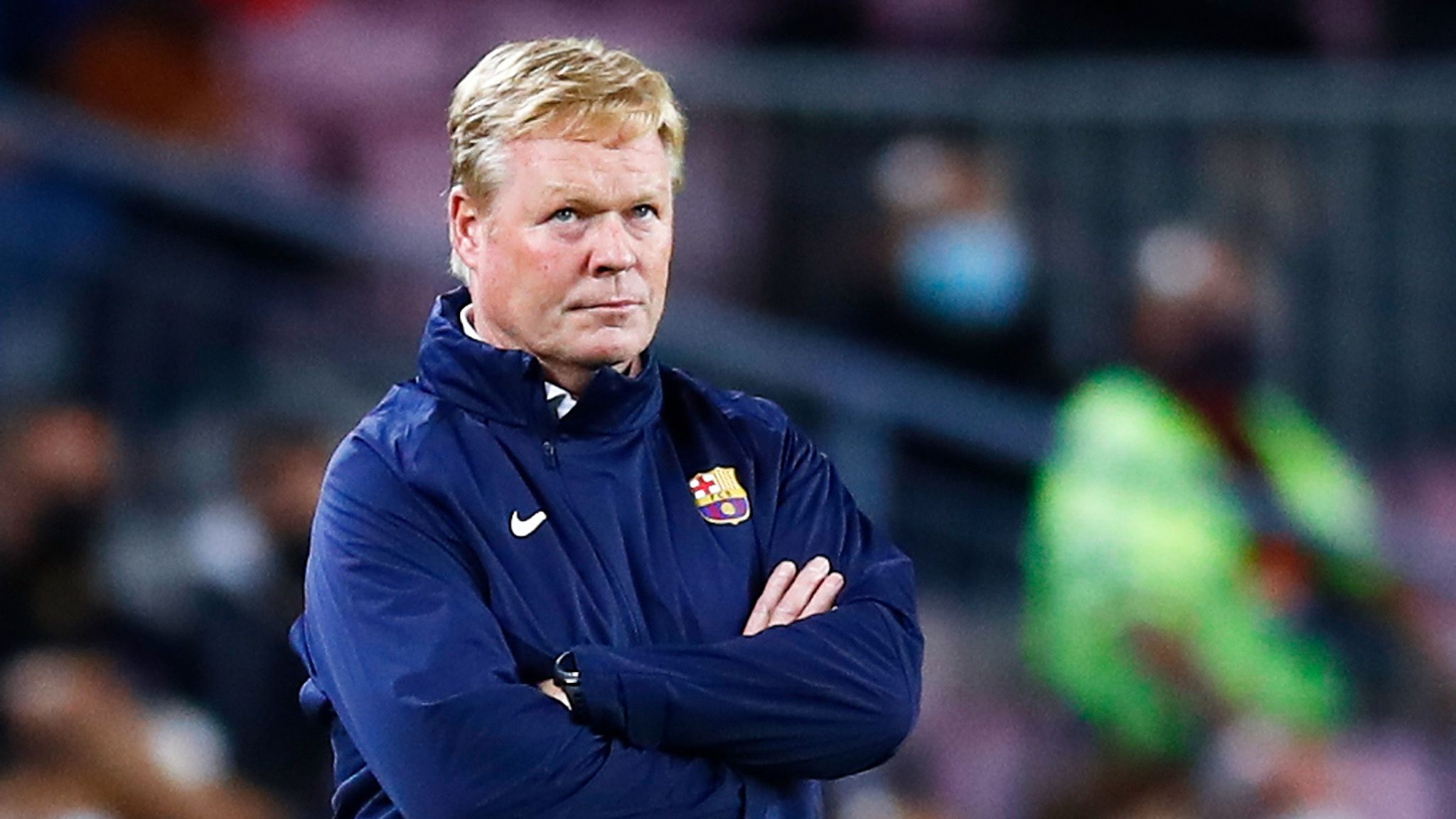 While they still fall under the ‘must-watch’ teams when it comes to watching football on tv, Barcelona have had a poor start to their season will be desperate to establish some consistency over the next four games. Ronald Koeman’s men avoided defeat to Granada at Camp Nou at the buzzer last time out as Ronald Araujo’s 90th-minute equaliser cancelled out Domingos Duarte’s second-minute deadlock-breaker.

While the Catalans remain unbeaten in La Liga after four matches, they have cast doubt on their ability to compete for Champions League glory with a dismal showing against Bayern Munich in their Group E opener. The next few games could prove decisive for Koeman’s future in Cataluyna as we take a look at Barcelona’s four upcoming fixtures.

Barcelona head to the Estadio Nuevo Mirandilla to take on lowly Cadiz, seeking revenge for last season’s brace of upsets. The Andalusians returned to La Liga last season following a 14-year hiatus and stunned Barcelona in both top-flight meetings in 2020/21.

After pulling off an outstanding 2-1 victory at this venue in December 2020, El Submarino Amarillo came from a 1-0 deficit to hold the Catalan giants to a heroic 1-1 draw at Camp Nou in February. Given Barca’s intimidating firepower in the attacking third last term, the fact Cadiz prevented Koeman’s side from scoring from open play in both last season’s encounters comes as a massive surprise.

Indeed, the Blaugrana capitalised on Pedro Alcala’s own goal in Andalusia, while Lionel Messi converted a spot-kick in the reverse fixture in Catalonia. Despite the Argentine’s departure, coupled with some high-profile absences, Barcelona will hope to break down Cadiz’s backline that has yet to keep a clean sheet this term.

Levante’s visit to Camp Nou should provide Barcelona with a routine task, at least based on their home H2H record this century. The 26-time La Liga champions have come out victorious in all 16 home clashes against Valencian visitors across all competitions since the turn of the millennium.

Levante conceded 2+ goals 12 times during that 16-game sequence whilst failing to get on the scoresheet on nine occasions in the process. However, each of the last three top-flight meetings between these two at Camp Nou has seen Barcelona prevail by a single-goal margin, with Messi scoring decisive goals in two of them.

As Koeman can no longer rely on the six-time Ballon d’Or winner to sway games into Barca’s favour, there is a genuine risk the home side’s imperious H2H home record could come to a halt. Yet, Levante’s disappointing seven-match winless league streak on the road (D3, L4) should give Barcelona enough confidence to maintain their unbeaten home start to this La Liga campaign (W2, D1).

After falling to an embarrassing 3-0 home loss to Bayern Munich in their Champions League curtain-raiser, Barcelona can ill-afford a slip-up at the Estadio da Luz. A thoroughly underwhelming display against the German juggernauts has thrown Barca’s hopes of reaching the competition’s knock-out stage into a corridor of doubt.

Barcelona’s trip to Portugal could prove decisive in their efforts to get their Champions League campaign back on track and avoid the risk of bowing out of the competition’s group stage for the first time in the club’s history. Benfica were held to a goalless draw to Dynamo Kyiv in Ukraine on Matchday 1 and lament a worrying Champions League record against the Catalan heavyweights.

They have drawn three of their six matches against Barcelona in Europe’s elite club competition while losing the remaining three without scoring. Despite their resounding form in the domestic championship this term, Benfica have struggled in continental match-ups over the past couple of seasons. Therefore, this is a must-win match for Barca in the strictest sense, and there is no margin for error.

One of the most highly anticipated fixtures on the La Liga football schedule pits reigning champions Atletico Madrid against Barcelona at the Wanda Metropolitano. Despite struggling against the Catalan side throughout the 21st century, Atletico have flipped the script in recent times and started dominated the La Liga news headlines for the right reasons.

Diego Simeone’s men kept Barcelona scoreless in both last season’s meetings, winning this exact fixture 1-0 back in November 2020 while drawing 0-0 at Camp Nou in May. After racking up a three-game winning La Liga streak in Madrid between 2015 and 2017, Barca have eked out just one victory in their last four top-flight visits to the capital (D2, L1), scoring one goal or less on each occasion.

As ever, Simeone kept his backline ticking over even when the attack failed to live up to expectations, as witnessed by a return of three clean sheets from five competitive outings in 2020/21 so far. Atletico will be a stern test for Barcelona and could provide an insight into the Catalans’ true capacity to fight for the domestic supremacy without Messi.