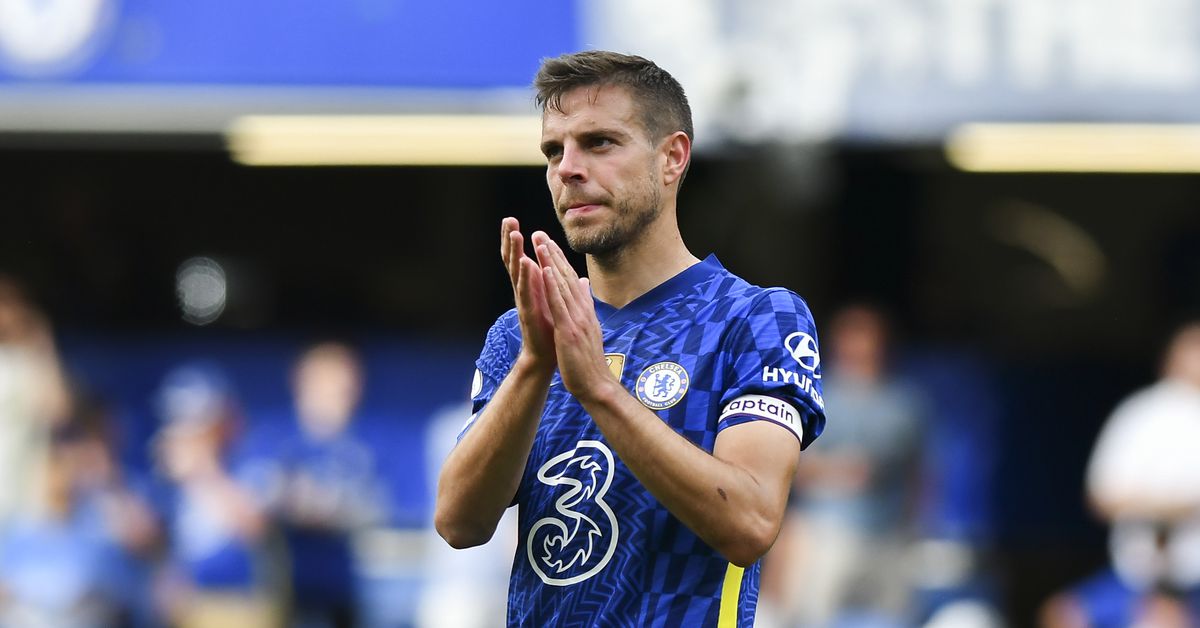 Cesar Azpilicueta could be heading to Barcelona this summer from Chelsea but the Blues reportedly won’t let their skipper leave for free.

The defender still has a year left on his contract at Stamford Bridge and while the Blues may let him leave they do want a fee for the Spain international.

Diario Sport reckon it will cost Barcelona €13 million to land the 32-year-old who has already told the club’s new owners he wants out this summer.

Azpilicueta has also told manager Thomas Tuchel and “is willing to put in a transfer request” if required to force his departure.

The report adds that Azpilicueta “wanted to be allowed to leave for free for his service, but now he hopes he can go for a small fee.”

Incidentally it seems that Chelsea also want €13m for Marcos Alonso who has also been tipped to move to Barca and has said he wants to head back to Spain.

Marca have a similar report and reckon that Tuchel is counting on Azpilicueta for next season, particularly as he’s already lost Toni Rudiger and Andreas Christensen.

Azpilicueta is currently on holiday but is due back next week for talks with Chelsea.