The Kiwi, 32, recorded a fifth defence of his middleweight championship at UFC 276 on Saturday night, putting on a tactical masterclass to shutdown the explosive Cannonier and secure a points decision.

However, the nature of Adesanya’s victory did not sit well with Parks and Recreation star Pratt, who initially said he expected an entertaining performance from the Last Stylebender to match his trash-talk before the fight. 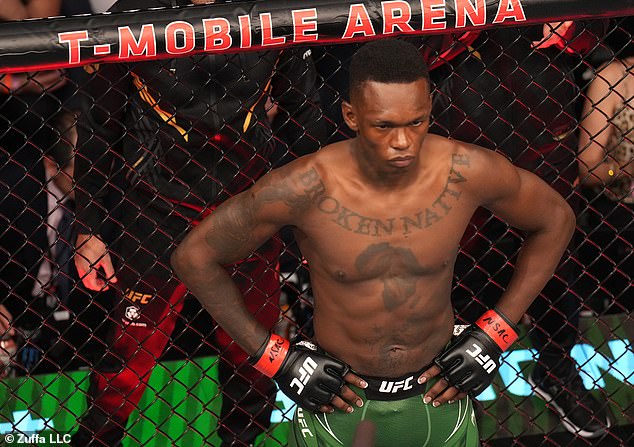 ‘I’m going to say this as humbly as I can,’ he told ESPN. ‘I’ve never stepped into the Octagon. I don’t know this game.

‘I’m just an actor, but I’m not a fan, man. I’m not a fan of coming out like, all that talk, and then just kind of putting on a little bit of a pitter-patter [performance].

‘I’m like, c’mon man, you’ve got to cash on that promise of being a badass.’

Adesanya responded simply by tweeting: ‘Good morning. I’m the man. You’re just some fan’ alongside a clip of Pratt being knocked out in the critically-acclaimed film ‘Wanted’. 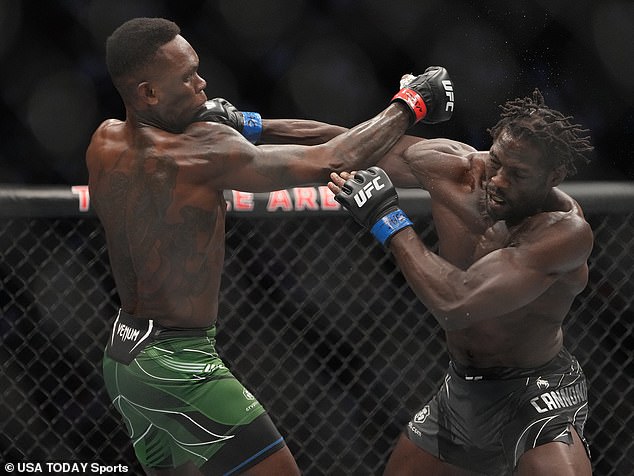 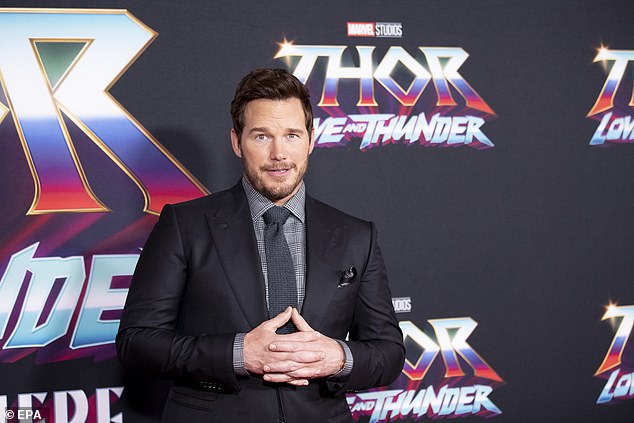 And now Pratt has seemingly had a change of heart and issued an apology to the middleweight champion, admitting that his criticism ‘makes me a hypocrite’ in a groveling statement.

‘You’re right. I’m sorry brutha,’ he posted. ‘It bugs me when people criticize my work- having never themselves risked anything. It makes me a hypocrite to do exactly that to you. My bad. Keep on keeping on champ.’

Adesanya was booed following his comfortable victory over Cannonier in Vegas, but dismissed the criticism from his ‘drunk’ detractors and compared himself to UFC legends Georges St-Pierre and Anderson Silva. 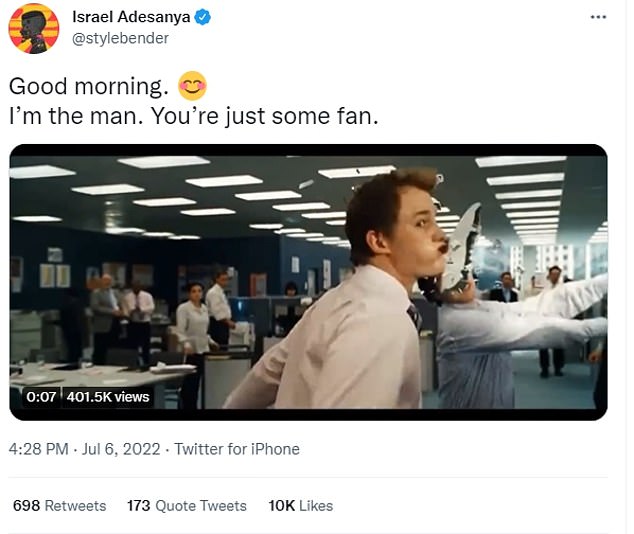 And Pratt has issued an embarrassing U-turn, admitting that his remark made him a ‘hypocrite’

‘I’ve said this, the greats, they all get to this point. ‘GSP’, people would boo him, and I’m like, “What the f*** are you guys watching? You dumb f****”. [Muhammad] Ali, Floyd Mayweather, same thing. You get to this point where, like, you’re so great, people just want to see you fall.

‘They just want to see you fall, no matter what. If it’s not like a show-out, spectacular performance, then it’s like, ah, he’s not even that good.’