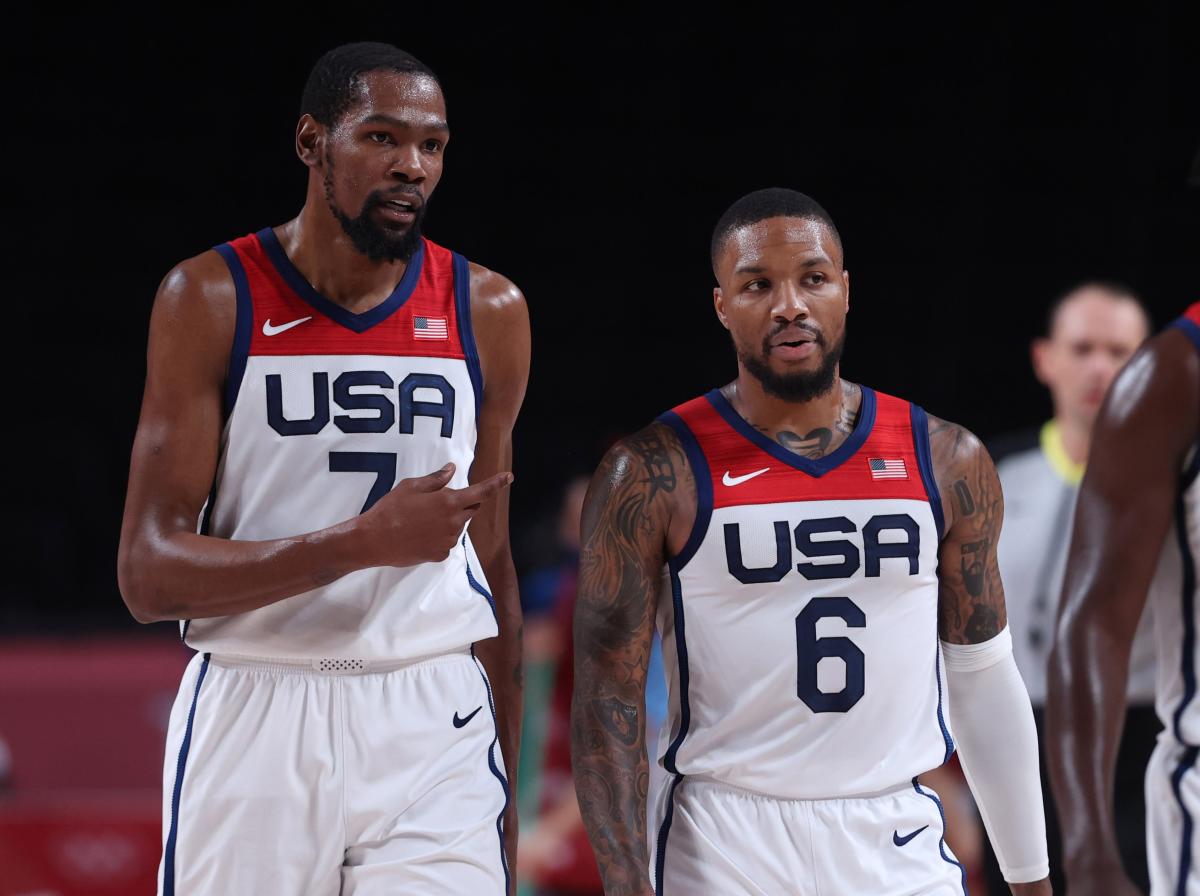 Things aren’t going so great in Brooklyn. So Lillard’s taking his shot.

The Trail Blazers sharp shooter make a not-so-subtle pitch on an Instagram story Saturday for Kevin Durant to come to Portland. Unless he possesses Photoshop skills on top of his basketball and hip-hop talents, it appears that he got some help.

Lillard posted that image of himself standing alongside Durant in a Trail Blazers uniform sometime Saturday afternoon. By Saturday evening, it was gone. But he left it up long enough for social media users to take some screen grabs, his teammate Jusuf Nurkic among them.

Because of course. Why wouldn’t Nurkic and everyone else associated with the Trail Blazers not want to join their franchise player in his pitch to Durant. Is there a chance that Durant’s interested? Who knows?

A Brooklyn Nets season that started with championship expectations ended in the flames of a first-round sweep by the Boston Celtics fueled by the sabotage of Kyrie Irving and his refusal to be available for most of the regular season. The Nets appear to be weary of Irving’s unreliability to the point that Irving’s future with the team is not guaranteed. It’s a situation that could ultimately lead to a split between Irving and Durant.

In that case, would Durant be interested in a move to Portland? On a purely basketball front, it’s a more than intriguing prospect. Durant would be the superstar Lillard’s never had the benefit of playing alongside. The proposed pairing would immediately raise the Blazers to the ranks of title contenders.

Reality deems the move highly unlikely, even if needed dominoes fell in Brooklyn and Durant was actually interested in Lillard’s proposal. Durant’s approaching the first year of a four-year, $194 million extension that has him under Brooklyn’s control through the 2025-26 season — unless they trade him first.

It all adds up to a ridiculous longshot. But if you’re Lillard or a Portland fan, it’s fun to dream. It’s the heartbeat of the NBA offseason.