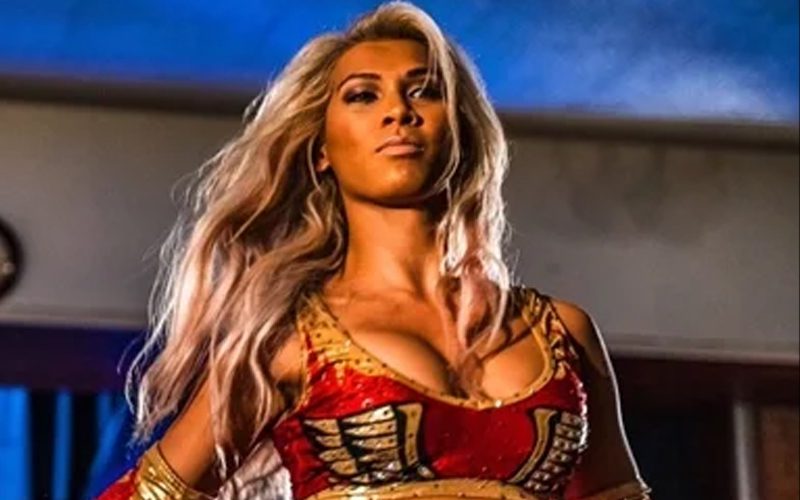 Impact Wrestling Knockout star Gisele Shaw announced she is proudly transgender during a Pride Toronto event this weekend. The Filipino star revealed that she first felt like a woman at the age of six and decided to make the transition years later. Now, it appears the wrestling promotion she’s working for fully supports her decision to come out.

Impact Wrestling sent out a full press release regarding Shaw’s announcement. They are obviously very much behind her as she makes this brave journey.

IMPACT Wrestling Knockout competitor Gisele Shaw has disclosed she is a transgender woman to the wider public. Shaw, who joined IMPACT’s roster in January of this year, informed IMPACT of her decision several months ago and made the disclosure in a series of interviews today.

IMPACT Wrestling fully supports Gisele, including connecting her with prominent LGBTQ+ resources, including GLAAD and Athlete Ally, and will continue to support her.

IMPACT Wrestling Executive Vice-President Scott D’Amore said: “IMPACT Wrestling has been at the forefront of empowering female performers for over 15 years. Our company believes featuring storylines with women athletes and characters from all different walks of life can not only entertain, but also inspire.

Reigning IMPACT Knockouts World Champion Jordynne Grace expressed her wholehearted support for Shaw’s decision. She said: “As her friend, I’m excited for Gisele to be able to inspire people with her story. I know that is important to her. I’m biased, but I think the trans community has a great role model in her.”

Shaw wrestled for Women of Wrestling in 2019 under the ring name Azteca. She began wrestling in 2015 and appeared in promotions such as Progress and Rev Pro. She wrestled matches for Impact Wrestling in 2018 but hadn’t signed with the company until earlier this past year.

What do you make of Impact Wrestling’s press release statement regarding Gisele Shaw? Sound off in the comments section below.