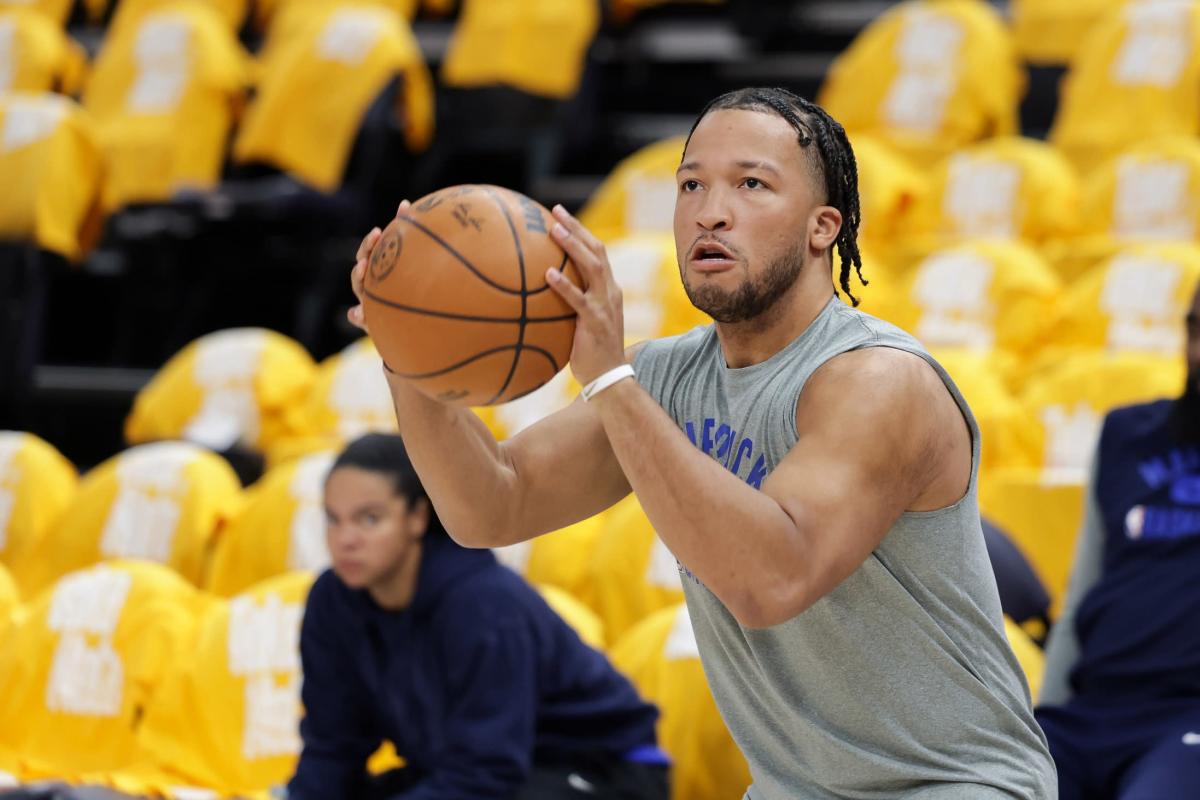 While there could be fireworks this offseason on the trade front, there might not be much movement from the top players on the free agency side. It seems like a decent bet that the four top All-Stars in this year’s class (James Harden, Kyrie Irving, Bradley Beal, and Zach LaVine) will return to their current teams. After them, there are potential future All-Stars in Deandre Ayton, Miles Bridges, Collin Sexton, and Anfernee Simons, but their restricted free agency status could hinder a change.

Then there’s Jalen Brunson, who may have seen the biggest rise in stock in the last regular season and maintained it after Dallas’ deep playoff run. The four-year guard is finishing his rookie contract and will become an unrestricted free agent who could command $20-25 million annually. Most of the teams that can offer that much cap space could be reasonable fits for him. It’s possible Brunson generates the largest bidding war out of any other free agent this summer.

It’s also possible the Mavericks could have locked him in earlier at a lower rate had they structured his original contract in a way that allows him to become a free agent after his third year. This way he would’ve become a restricted free agent last offseason. They reportedly also had a chance to extend him before the season started for the maximum four-year, $55.6 million amount he’s currently eligible to sign by June 30, 2022.

As with the many players listed above, it also seems like a good bet that the Mavericks will spend what it takes to re-sign Brunson. Owner Mark Cuban already went as far to say that he plans on being deep in the luxury tax next season to retain the roster. Still, it’s worth exploring what’s out there for Brunson since there are so many good fits for him and realistic ways these teams could land him.

The Detroit Pistons and Indiana Pacers are two franchises expected to pursue Brunson this offseason. Both teams already have respective franchise guards in Cade Cunningham and Tyrese Haliburton, but Brunson has proven he can coexist with great guards given his success with Luka Doncic. In a league becoming more position-less by the year, his malleability makes him very valuable.

The Pistons are set to generate $34 million in cap space this offseason after offloading Jerami Grant and acquiring Kemba Walker and the 13th overall pick (Jalen Duren). That amount is enough to make a competitive offer for Brunson without needing to make any cost-cutting moves, such as declining team options to some of their role players such as Hamidou Diallo and Frank Jackson.

The Pacers are currently on the bubble of being a cap space team as they currently could either generate $25.2 million in cap space or operate over the cap and have access to the $10.3 million mid-level exception and several trade exceptions, including two at $10.5 million and $7.3 million. It seems more likely that they’ll operate with cap space, and they could generate a lot more if they trade Malcolm Brogdon or Buddy Hield.

Without doing anything, the Pacers have enough cap space to get into the Brunson sweepstakes. If Brunson were seriously interested in joining the Pacers and reuniting with head coach Rick Carlisle, they could turn it into a sign-and-trade where they potentially get an incentive to allow Dallas to generate a trade exception.

San Antonio is another team that could get into the mix for Brunson. They could generate close to $30 million in cap space this offseason but that would come at the cost of renouncing Lonnie Walker IV. If they want to keep him, they can also re-sign him prior to pursuing Brunson to eliminate his $13.3 million cap hold.

Perhaps the loudest threat out there to pursue Brunson in free agency are the New York Knicks. Their front office already stirred speculation about a Brunson pursuit when they appeared in game one of the Jazz-Mavericks series. They also just hired Rick Brunson, father of Jalen, as an assistant coach. According to Marc Stein and Michael Scotto, the Knicks are all-in on pursuing Brunson and are looking to generate cap space for him.

The Knicks got a lot closer to making Brunson a competitive offer after their moves in the draft. They are now projected to generate $16.3 million after getting off Kemba Walker and the salary for the 11th overall pick (Ousmane Dieng). This projection assumes they waive Taj Gibson, whose $5.2 million salary for next season is non-guaranteed. It also factors in holding onto Mitchell Robinson’s $1.8 million cap hold, allowing them to spend their cap space, then go over the cap to re-sign him afterward.

The Knicks probably still need to get off a little more salary to get into the mix for Brunson, such as Nerlens Noel, Alec Burks, or Cam Reddish. If they cannot reduce their payroll further, a sign-and-trade would make a lot of sense. It would be a little complicated to pull off and may require a third team due to Brunson being subject to Base Year Compensation (BYC).

For example, if Brunson were to receive a $24 million starting salary, his outgoing salary would be cut by 50 percent in a sign-and-trade. Since the Mavericks are already a tax team next season, they would only be able to bring back $15.1 million in that scenario. New York would need to send out at least $19 million to match, so a third team would need to take on a portion of their outgoing salary.

Another over-the-cap team that could make a lot of sense for Brunson are the Wizards. He would have a strong role there as they may have the biggest hole at starting point guard in the entire league. They have several forwards they could part with who could fit well in Dallas and would need a third team involved to get around BYC issues.

Re-signing with Dallas and the luxury tax implications

Many around the league are expecting the Mavericks to meet Brunson’s asking price and re-sign him. They are already heading into the offseason $7.1 million over the luxury tax line with 11 players on the roster. Re-signing Brunson could give Dallas a luxury tax payment in the $130 million range assuming the rest of the roster stays intact and they utilize the $6.4 million taxpayer MLE. That would give them a payroll and luxury tax combination close to $320 million.

The Mavericks could look to reduce their luxury tax payment later or even completely get under it. Offloading just one of Tim Hardaway Jr., Davis Bertans, or Dwight Powell would reduce their tax payment by tens of millions. Dallas can move off several of these players and remain just as competitive as they were but with a more modest tax payment.

Any potential cost-cutting move could come later in the year closer to the trade deadline. The Mavericks could be looking to pair Doncic with a second All-Star in the trade market and may need all the mid-sized salaries for salary matching purposes. They could be more comfortable with paying a big luxury tax payment if they have a second All-Star. If no such deal materializes, it would make sense to attach an asset with some of their expendable players to reduce their payment.