Home » Kounde must be Barcelona’s priority, not Lewandowski 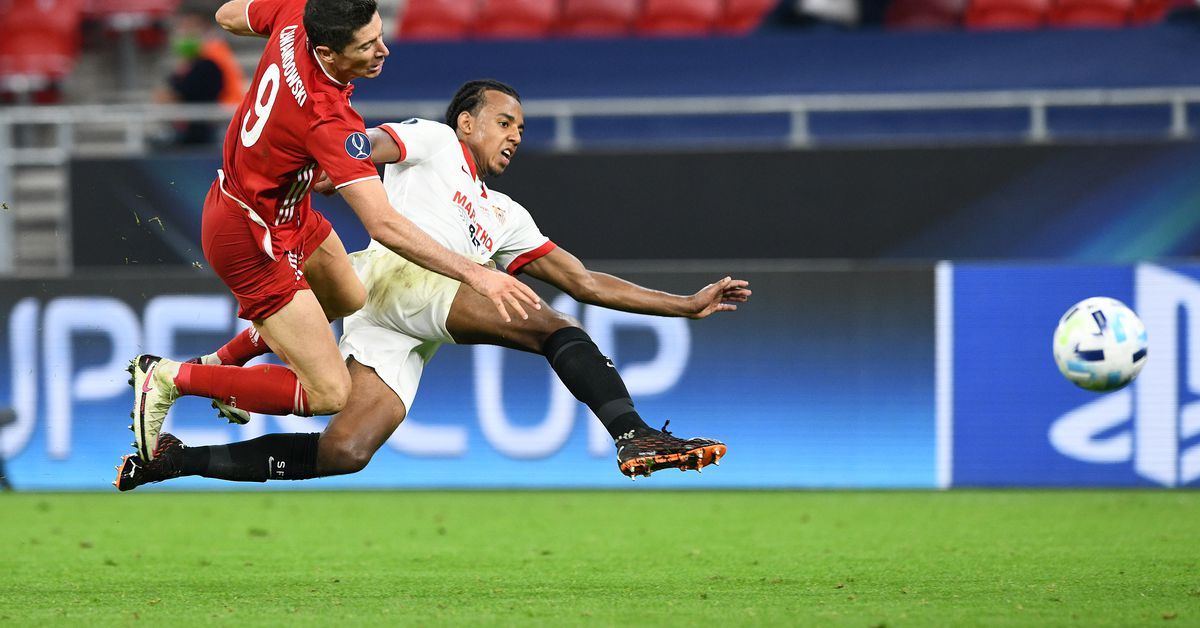 Kounde must be Barcelona’s priority, not Lewandowski

In a week’s time, the summer transfer window will open for business, and with most clubs already having returned to pre-season by then, the race will be on to get some signings over the line.

Barcelona’s pursuit of Bayern Munich talisman, Robert Lewandowski, has been well documented, and it would appear that the Poland international has every intention of starting next season at the Camp Nou rather than the Allianz Arena.

Hiring the big man has obvious cachet, and there are a number of reasons why his signing would make sense

For a start, he brings a guarantee of goals, and would be a focal point up front. He’s lost none of his sharpness, and with the right service, he will have a field day against La Liga defences.

As brilliant as Lewandowski is, spending that sort of money on him is out of the question. We must learn the lessons of the last few years.

In Pierre-Emerick Aubameyang, Barca already have a striker getting himself routinely on the scoresheet, and a player with the requisite experience.

Where we are lacking is in the centre of defence.

Gerard Pique can’t be expecting to start every game now, and with the right defensive acquisition, he might not even play at all.

If there is even the smallest chance that the Catalans can acquire Jules Kounde from Sevilla, the club have to put all of their eggs in that basket.

On his day, there is no better defender in Europe. Kounde is outstanding, and at just 23 years of age, he’s one for the future as well as the present.

He offers the longevity needed in a position we are desperate to cover, rather than ploughing the funds towards a player that might give the club three seasons at best.

I would dare to suggest that Barca can’t afford both players and, that being the case, a decision must be made.

If the powers that be allow their hearts to rule their heads, it might just prove to be one of the worst decisions of this presidency.

Championship winning sides have always been built on a solid defence and Barca don’t have that just now. They will with the signing of Jules Kounde.