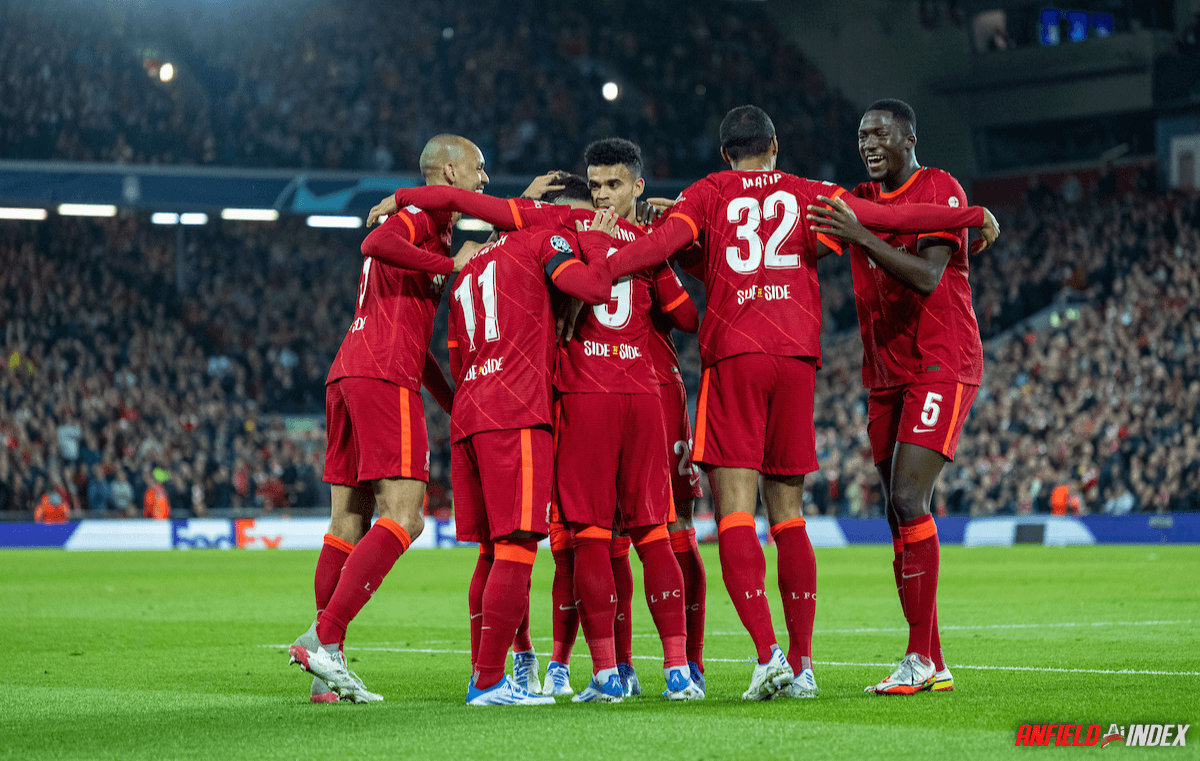 Always great to see his commanding presence on big nights at Anfield. Would have been relieved to see a brilliant chipped goal by Nunez chalked off for offside. 31 minutes saw a clinical finish fly past him, as Benfica drove on. His handling was assured, as Benfica started to test from wide positions after the break. Was unlucky in the one-on-one for Benfica’s second goal. The melee at the end couldn’t dampen the occasion.

After his good game against Watford, Big Joe was awarded another start. Showed great energy up and down the flank, with real purpose evident. Even had a decent effort just before the break. Continued to work hard through the second half, yet played the scorer on for Benfica’s second goal. A good overall game.

A sensible move to rest Robbo, saw Kostas starting. A flurry of early possession brought him up to speed quickly. A pinpoint corner on 20 minutes produced the opening goal, after a good reds start. His work was only outdone by his ball for Bobby’s second goal, as his delivery shone. A very good game.

The senior duty fell upon Joel, with Virgil given a rare rest. Took the reigns as line leader, and looked confident in the first half. Was perhaps drawn across too quickly for Benfica’s second goal, and struggled to hold off a vibrant Nunez and co in the second period.

His first leg performance guaranteed him a start versus Benfica. He started lovely and assured, with some very good passing out to Kostas. He towered once more on 20 minutes, with a great header from a Kostas corner. His physicality was once more on tap, against the ever dangerous Nunez. Started to carry the ball out with purpose after the break, as his confidence started to match his frame.

Drafted into the holding role, the sense was to preserve the legs of Fabinho. Was steady and calm from the start, and was generally steady throughout.

The midfield always needs one of either Naby or Thiago, and tonight it was the little Guinean’s turn to start. Seemed to take the role of tempo setter early, with neat possession keeping play. Had a couple of efforts off target in the first half, as he looked to prosper from good positional awareness.

A collectors item start, Milner was brought in to add European experience and snide. A good opening period, with sound possession, wins and intensity to stop counters. Was perhaps at fault for Benfica’s opening goal, with a half challenge creating the opportunity. Seemed to get caught high more and more as the legs started to fade in the second period.

A good scoring run saw him retain his place, and he made a really good start by engaging the Benfica defense. Continually worked to protect his fullback, as Milner began to get caught too high, and his endeavor created the Bobby goal on 54 minutes. A good display before leaving the field.

The false nine finally starts, and his busy style was a lovely sight from the off. Should have scored on 29 minutes, but for some lucky defensive work on a corner. Created a great opportunity for Diaz before the break, when a shot may have been the better option. Scored a tie-ending goal on 54 minutes, after good work from Diaz and Jota. The second goal was a peach, with great timing and weight on the strike.

The former Porto star was a no brainer starter tonight. Starting from the right, you could see the opening period was about finding his feet. He came to life on 25 minutes, with a great shift and shot on goal. Was unlucky to have an open goal taken away on 38 minutes, as his first half became a period of moments. A shift to his preferred left flank saw his game really pop, as Liverpool took control after the Bobby goal. Came off to great applause.

Came on to add control and precision to the reds play. Such a wonderful operator.

Struggled to stem the tide, as Benfica surged late on.

Looked lively, and the mini break would have done him good before Saturday.

Came on and showed some good touches. Unlucky with the offside goal.

The initial team sheet was a surprise to most, as the managers dedication to keeping players fresh continued. He clearly had the team motivated to start quickly, with his team starting with real intent. The opening goal was deserved, however, a disallowed goal for a Benfica was soon followed by a good equalizing effort. The game was probably too open for his liking, with the multiple changes showing its pitfalls.

The first Bobby goal was perfect timing, as the bench could then immediately be used to freshen the team. Liverpool seemed to lose control, but Klopp’s use of the five subs was perhaps too rapid.