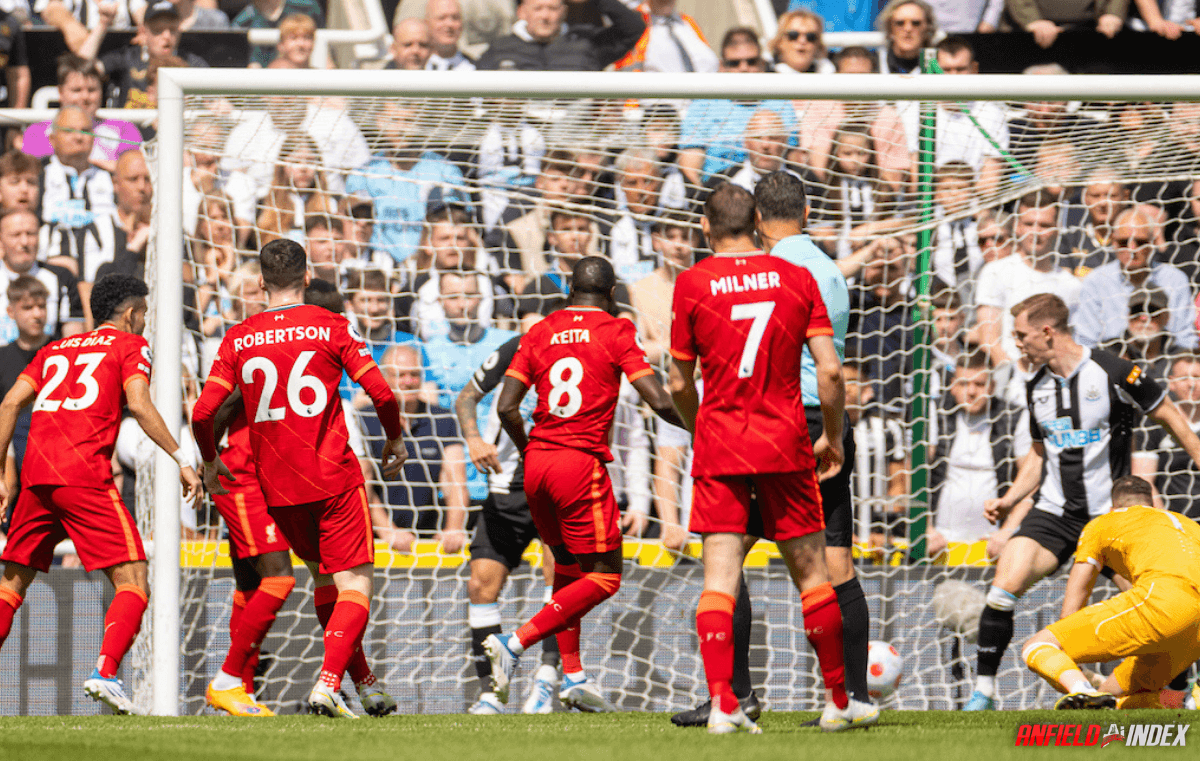 The nervy situations were inevitable, but this man dealt with such moments like the worlds greatest keeper should. The chances for Newcastle were limited, but everything was smothered by the giant Brazilian.

Effort and tenacity in abundance. He was up and down the line constantly, and looks like the relative freedom is being basked in. The odd cross field ball was on point, and the crossing was pretty good too. The defensive work was never in doubt, and this was another great outing for England’s best defender.

He closed out the game with a great interception and run, and helped ease the nerves of the Reds support. He’s in such great form but perhaps needs to sit out midweek, with Tottenham headed to Anfield next week. Newcastle offered minimal threat, and he was on point across the 90 mins.

So assured, so dominant, so brilliant. He was able to hold his nerve with the line, and he’s breezing through games. Maybe could have scored earlier on with a volley, but in terms of the defensive work, he reigned supreme.

Found it pretty easy going, and was settled in very quickly. No rampaging runs, just firm determination to deal with what came their way. Effortlessly confident in his player nowadays, and is part of the world’s best central defensive partnership.

A good solid game, and rolled back the years with a really good display. The awareness was abundant, with Liverpool able to dictate the game. The legs may not be what they were, but the football brain is still ticking. A good overall game.

A sublime midfielder, and the key performer for Liverpool. So assured in possession, and deadly in the box. He deserved to score the only goal, and his importance to this team cannot be understated.

Steady, and perfect to come into the holding role in such a game. He was able to screen nicely and simplified his game as needed. Can now be rested in the week, for Spurs at the weekend.

So dangerous and unpredictable. His class and drive is becoming intoxicating, with his ability to release pressure so important. Perhaps the signing of the season, and now Liverpool’s most in form attacker.

Neither good nor bad, as he struggled to repeat recent form. Some chances were probably stalled too much, as Newcastle closed space quickly. His versatility is clear, and his on going importance is vital to the Red’s charge.

He’s having a surprising second half to the year, as the rotation takes its toll. A couple of good headers were the bright parts, and his role as fourth choice forward is clear.

A welcome sight to see him close the game out.

Should have ended the game late on, as he still hunts too form.

The rotated, rolled the dice, trusted his squad, and won the game. What could be the greatest period in the Red’s history, is being complemented by a wonderful management period.

The contract is signed, the tricky trip to Newcastle won. Now let’s go get to yet another final.