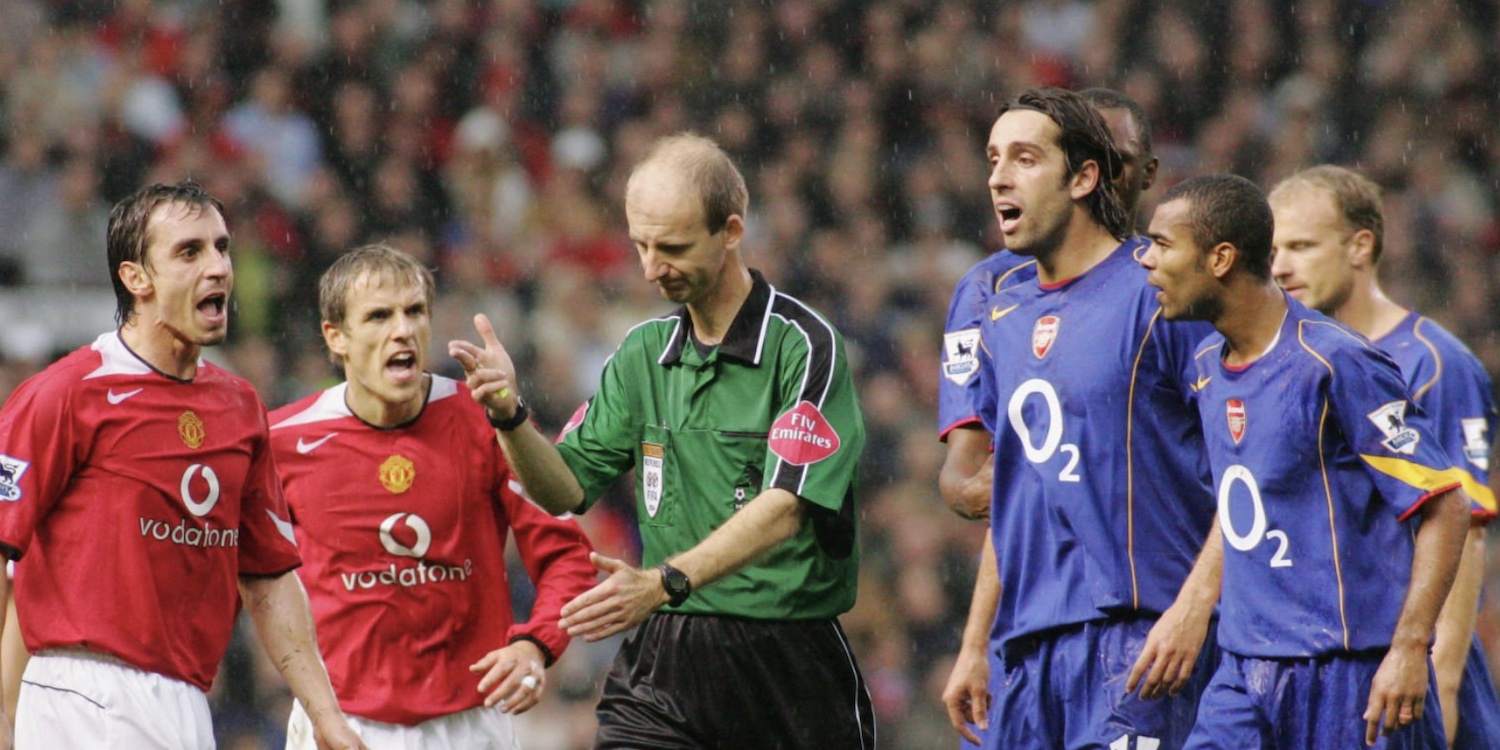 A very quick Sunday round-up for you, because there really is not much new on the Arsenal front. There’s a bit more reporting around Raphinha and our pursuit of him, and the expectation is that Gabriel Jesus will be in London (if he’s not already) to finalise his move early next week. So, it’s quite possible we’ll have a double Brazilian arrival, but let’s see what happens.

Away from Arsenal, there’s some excellent news on the horizon as it’s being reported that Mike Riley is set to step down as the head of PGMOL (Professional Game Match Officials Limited) next season. Unfortunately that leaves us with still one more season with him and his cohorts making indefensible, inexplicable decisions despite having technology to help them, but may I just say one thing:

Refereeing standards in the Premier League have long been below par, which isn’t to say that every referee in every other league is perfect – far from it – but for well over a decade Mike Riley has been in charge, and nobody can convince me that his tenure has been anything other than a hot mess. There is basically no diversity in the refereeing pool, it’s primarily a group of white men from the north-west, and for years they have been unaccountable to anyone.

I bet every fan of every Premier League club could rattle of a list of terrible decisions that have gone against their team – and some will say that tells you it’s equally bad for everyone so it all evens out in the end. Which is one way to look at it, of course. The other way is that they are consistently awful and bad at their jobs, making little or no attempt to address the consistent deficiencies, so everyone suffers.

And here’s the thing: I’d say 99% of football fans would acknowledge that being a referee is a hard job, with a lot of pressure, making decisions in split seconds (although VAR is a help now) and it’s impossible to get everything right. The problem for me, at least, is that there has never been even the slightest acknowledgement of their mistakes, egregious or otherwise, beyond the occasional demotion of a referee to the lower leagues for a couple of games, which basically seems more like punishment for those teams than the official in question.

Even the arrival of VAR appears to have caused more problems than it’s solved. Maybe they’ll point to stats which say they now get 98.7% of decisions right instead of 97.3%, but we all watch the games. We all know what we see. Interminable delays, crooked lines which make us think there are crooked operators, decisions which make no sense, obvious red cards not given despite the video evidence, and its main purpose appears to be to find a way to disallow every goal that’s scored rather than anything else.

We never hear from referees. We never hear from the PGMOL. There is zero transparency and zero accountability. It’s a closed shop answerable to nobody, and all of that has happened under the watch of Mike Riley.

Talk of a new Elite Referee Development Plan by the Premier League is a positive thing, I suppose, but it will all depend how that is implemented and by who. Apparently Howard Webb is returning to take over, a middle-aged white guy from Rotherham who also worked for one of the sketchiest police forces in the UK. We can only judge him on what he does, and hopefully he expands the pool of referees properly, but it’s hard not to feel a bit like ‘here’s the new guy, the same as the old guy’.

I’ve also written all these words without mentioning Mike Riley’s refereeing display at Old Trafford in 2005, one of the most infuriating I have ever seen. Even to this day, I look at it and it makes me angry, because if you saw that happening anywhere else the C word would come straight to mind. Not that one. The one that ends up ‘orruption’. See for yourself, although I strongly suggest if you want to have a happy day, don’t watch it. Trigger warning and all that.

So, in conclusion, I will throw a party when Riley goes, it’s long overdue and I can’t wait to see the back of him forever. After that, let’s see what Howard Webb does, and take it from there.

Finally, as a palate cleanser for this Sunday morning, football and a dog. Can’t beat it. Till tomorrow.

EVERYBODY STOP RIGHT NOW AND WATCH THIS!!! THIS IS WHAT WE ALL NEEDED! pic.twitter.com/gjmqFErrSs