Home » The case for keeping Ousmane Dembele at Barcelona 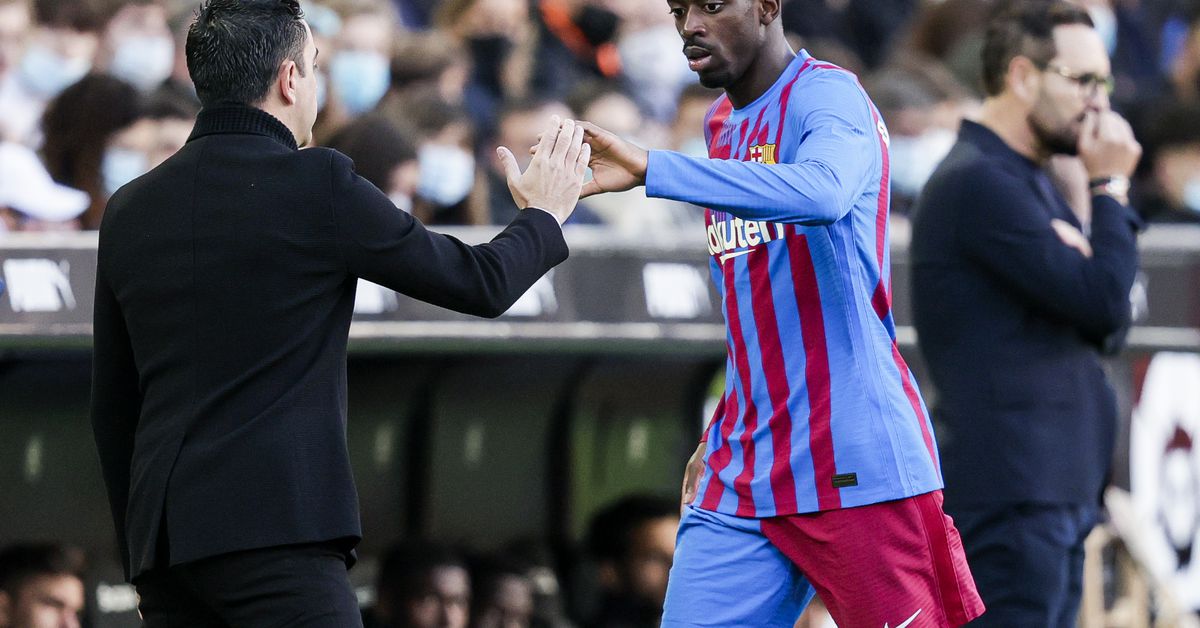 The case for keeping Ousmane Dembele at Barcelona

It’s been a quiet month in Barcelona with lots of speculation but little action.

Joan Laporta is dreaming big with the hope of landing a superstar like Robert Lewandowski, or potentially a star in the making like Raphinha.

With clubs playing hardball, however, and optimism waning due to fiscal constraints, it’s a good time to step back and reconsider all the options.

Proceed with caution. This is your trigger warning.

My opinion is that it’s in Barcelona’s best interest to bring the Frenchman to the negotiating table, to see if a middle ground can be reached in renewing his contract.

This is step one. Most of us will agree that Dembele is demanding far too much. We can also infer that Barcelona hasn’t really made a competitive offer. Therefore, there is plenty of room in the middle where an agreement might be made.

That is called a negotiation, and it would be great if Barcelona and Dembele gave it a try, knowing in the end neither side will emerge total winners in the boardroom, while there is a great chance for a win-win on the field.

Now, many will say it’s not worth it. Dembele can take the current offer or leave it. He is a mercenary who only cares about money, which doesn’t fly at a storied club like Barcelona.

This is a dangerous game to play that will damage Barcelona’s reputation on the international stage, as well as with current players undergoing contract negotiations. Dembele is not the only player making demands. Just look at Gavi. Or the comments Sergio Busquets made about having to take yet another pay cut.

Will Barcelona come to be known as the broke club that can only pay you in prestige? If so, I’m afraid of what that future looks like.

Josep Bartomeu should be condemned for making it rain on the players, and is responsible for the current debt crisis.

But look at what we’re seeing across Europe. Money still rules the day. 100 million euros for Aurelien Tchouameni. Why did Antonio Rudiger choose Real Madrid over Barcelona? It wasn’t because of a lifelong dream no matter what you hear him say.

So why should Joan Laporta swallow his pride and bring Dembele back to the table?

First, because hubris, on both sides, is what created the toxic relationship to begin with. The only way to get past it is to look each other in the eye and hash it out. I have a feeling Xavi is anxiously hoping they will.

Second, because Dembele is probably the best signing Barcelona can make if they want to win trophies in the short term. Simply put, he is a perfect fit for Xavi’s system.

After a killer winter on the market, Barcelona had all the weapons they needed to turn around their fortunes and become elite again.

Ousmane Dembele was front and center and an unstoppable force that led the team to top four safety. Why was he so critical? Because like Pedri, when he’s on the field, he brings out the best in his teammates.

Pierre-Emerick Aubameyang is under contract for another year. Why not get the best out of him, while waiting a year to sign Lewandowski for free the following summer? To do that, you re-sign Dembele and let the two of them become one of the best goalscoring tandems in Europe, like they’ve always been together.

Tactically, he is exactly the type of winger that Xavi needs because he creates width, and is dangerous in isolation.

Dembele is a great fit in Barcelona, especially compared to Chelsea who uses wing-backs. Ferran Torres is not a good first string alternative. Raphinha will come at too big a cost. Angel Di Maria would be a cheap value option, but at his age, he isn’t at the same level as Dembele.

But what about his motivation? His professionalism? Does he even want to play at Barcelona?

These are the points that divide the fanbase the most. If you buy into them, it’s end of conversation. Dembele wouldn’t be worth it even if he continues producing at the same level as last season.

I never have agreed to this characterization of him. Instead, I’ve seen it as a media construct, and a player who hasn’t been able to fight back against it, because he is reserved and for the most part stays out of the public spotlight.

But even if you concede this point, I still have no worries about his motivation. It’s a World Cup year. Dembele will be eager to not only make the French roster, but to be a breakout star of the tournament. With his talent, he is certainly capable of it if he puts it all together.

Even the biggest Dembele fans have to admit that re-signing him is a risk, but only because of his injury record.

For that alone, he needs to reduce his demands, but in order for him to do that, Barcelona needs to create the space to allow a dialogue to happen.

If a fair deal is reached, Barcelona have everything they need on the forward line to be successful. We saw what these players are capable of back in February and March.

I’ll take a frontline of Dembele, Aubameyang, and Ansu Fati (backed up by Ferran Torres and Memphis if his fitness is still not there).

The midfield is already world class.

Most important, re-signing Dembele would allow Barcelona to focus their attention where it’s needed the most. The defense.

Why invest so much in Lewandowski when you have Aubameyang for another year? Instead, re=sign Dembele, and then go out and get Jules Kounde or Kalidou Kouilbaly, and maybe get some depth at full-back while you’re at it.

When it comes to Dembele, one thing is certain, fans feel like they have to pick a side.

I hope we can move past that. This Barcelona team will need to put the football first, and have unity, if they are to be successful, no matter who’s on the roster.

So what do you think? Is re-signing Dembele in the best interest of the team if a compromise can be reached between him and the club?