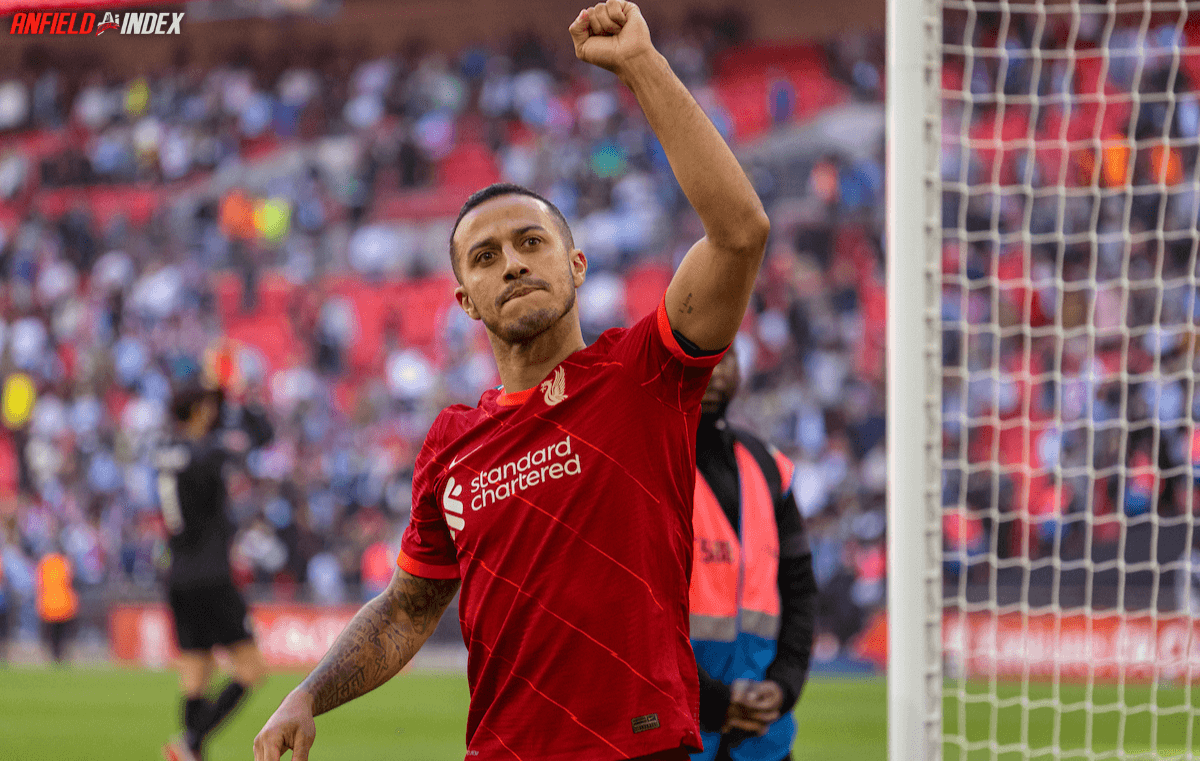 Outside of Anfield, The Allianz Arena and The  Camp Nou, the penny may have finally dropped.

I recall when Liverpool signed Thiago Alcantara being asked some peculiar questions. It mostly regarded his goals and assists record, and whether he was a better player than this player or that. To appreciate his brilliance is to understand the role Thiago plays in his version of football, and his version is nothing short of spectacular.

In the aftermath of yet another massive Liverpool win, we perhaps were witness to the most complete central midfield performance by any Liverpool player, certainly in recent history. No goals, no assists, just compete and utter control of the game was clear and apparent. Certain players such as Zidane or Iniesta were artists of the game, and could dictate everything around them. Neither were heavy stat padders, but both would dictate everything within the game. Every last player would benefit from the ability of their play, the control of their skill sets, and their genius would shine. That is Thiago in a nutshell, and that is football of the highest calibre.

Liverpool may not win the League, and they may not win the two remaining cup competitions. The journey to the potential quadruple is littered with invariables and land mines, but certain players have allowed that dream to linger. Thiago is part of a system built to destroy, and he is the conductor of proceedings that coordinate the carnage he and his teammates inflict. Within the folklore of Anfield there are special players that became legends, and Thiago is now playing to that level, a level that few others could only dream.

Watching Manchester United swatted away was mesmeric at times, and the beautiful play was an awesome sight to behold. Amongst some great performances, there was a Spaniard able to stand taller than all those around him, with a level of play that is hard to comprehend.

As we approach the Merseyside Derby (and the crunch period of the term), certain things will start to be projected. At the turn of the year, Mohamed Salah was a certainty for player of the year, with his exploits making him a stand out performer. But in this moment in time, it could be (as with seasons prior) that a certain new name comes to the fore of peoples minds. Thiago will surely have his name thrown into this mix, with his phenomenal play making the impossible task Liverpool have, maybe just probable.

Thiago helped drag his teammates through a torrid season last year. This season he could be the magician that takes his team to unparalleled greatness, and if that were to receive equal individual recognition, that would be just fine by me.