Home » This Ultra-Rare Rolex Dive Watch Could Fetch up to $2.6 Million at Auction This Ultra-Rare Rolex Dive Watch Could Fetch up to $2.6 Million at Auction

Dive watches are designed to operate under the waves, but a vintage Rolex heading to auction this fall can survive a trip to the ocean’s deepest depths.

In November, Philips will offer one of the rarest Rolexes of all time, a Deep Sea Special, as a lot in its Geneva watch auction. One of just 35 examples ever made, the timepiece is water-resistant to a depth of over 35,000 feet.

The original Deep Sea Special was an ultra-rugged Rolex taken on a record-setting dive into the Mariana Trench, the deepest known point on Earth, by Jacques Piccard and Don Walsh in January 1960. It features a special stainless-steel case and a domed crystal that was strong enough to withstand the extreme pressure of the ocean’s furthest depths. During Piccard and Walsh’s expedition, it was strapped to the hull of their submersible, the Bathyscaphe Trieste, and was able to survive a dive to 10,000 meters (about 32,800 feet) below sea level. It’s currently on display at the Smithsonian in Washington D.C. 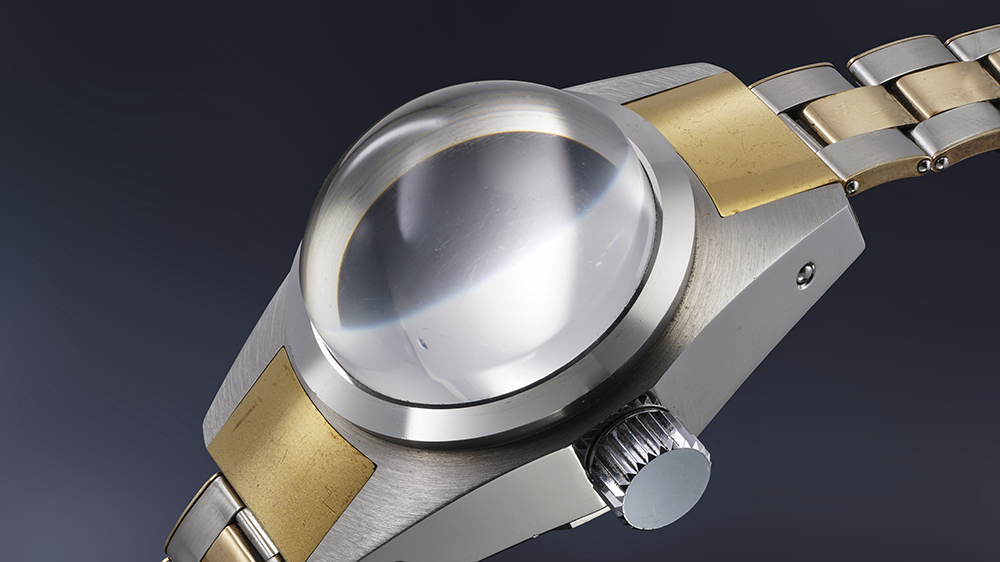 This museum-quality example is the last of 35 commemorative versions the watchmaker made in 1965, according to the auction house. Its integrated bracelet combines stainless steel and gold, and a black dial with gold markers is housed beneath its gigantic domed crystal. The watch’s numbered caseback features the date of the record-setting dive (January 23, 1960) and its water-resistance rating (10,908 meters/35,789 feet). With less than three dozen examples having been produced, the Deep Sea Special is a very hard-to-get watch. In fact, examples have only been seen in public sales five times before, and the last time one came up for auction was 12 years ago.

“The Deep Sea Special fully deserves the Special in its name, the sheer idea of a watch that can withstand a dive of 10,000 meters (that is 10 km) is simply mind-boggling! … The DSS is a watch that was never available for public purchase and the arrival on the market of an example is a once in a decade event for collectors and watch aficionados to celebrate,” Alexandre Ghotbi, Phillips’ Head of Watches, Continental Europe and Middle East, said in a statement. “We are humbled to have been entrusted with such an incredible piece of horological history.” 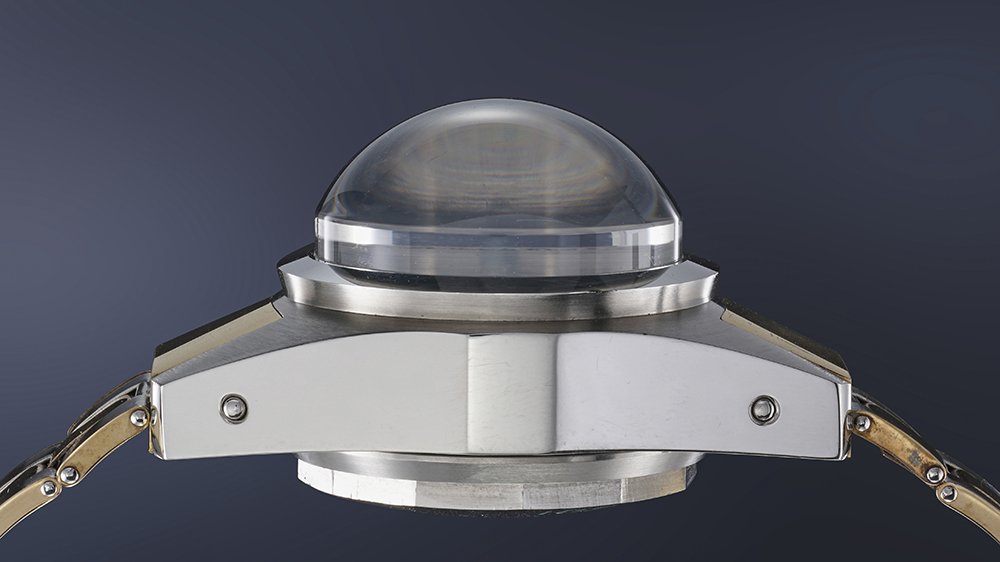 Because of its rarity and historical importance, the Deep Sea Special will be one of the headline lots at The Geneva Watch Auction: XIV, which will be held from November 5 to 7. Phillips estimates the watch will sell for between $1.3 million and $2.6 million because of its exalted status. But considering it’s already broken one record, who’s to say it won’t break another?