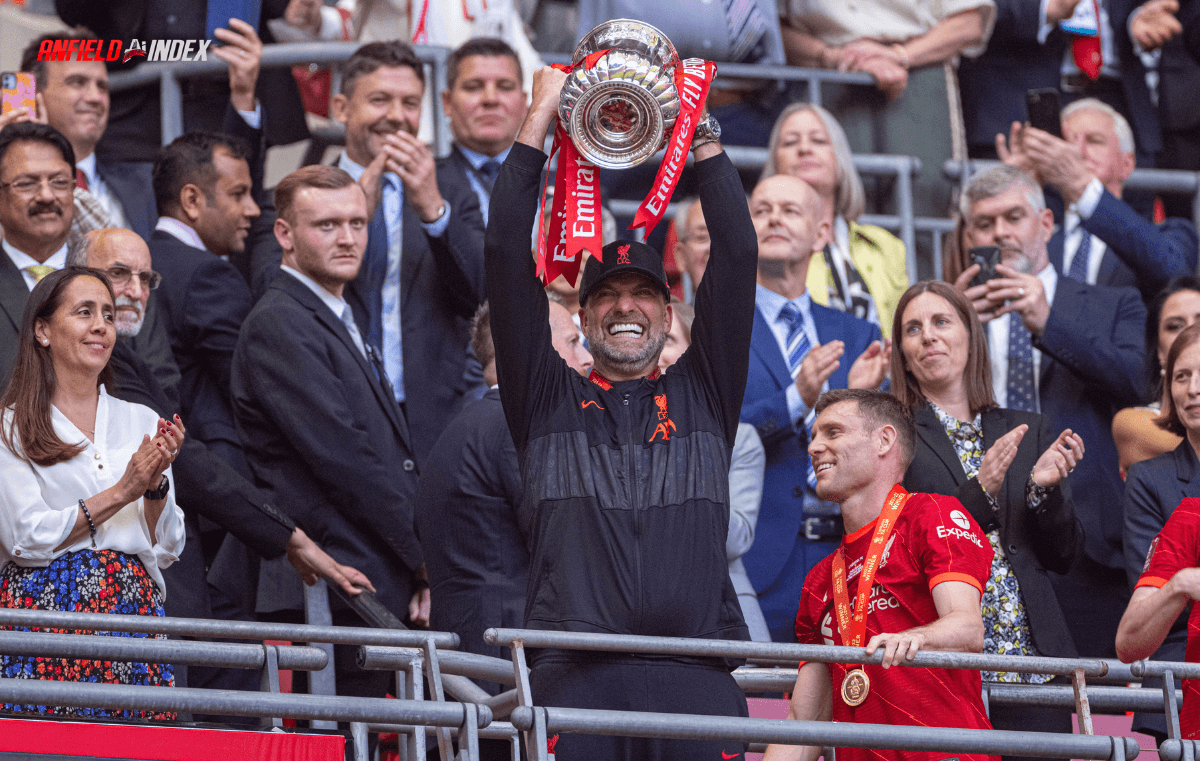 It was another double header for the Under Pressure crew, and it was a review of the Reds’ domestic cup double – already – this season as they won the FA Cup final on penalties against Chelsea at Wembley.

In recent seasons it hasn’t been a priority for Liverpool, mainly due to the strength of the squad available but this campaign has seen a real desire to succeed in all competitions. Phil Barter reflected on the ability of the manager to keep the vast majority of players happy: 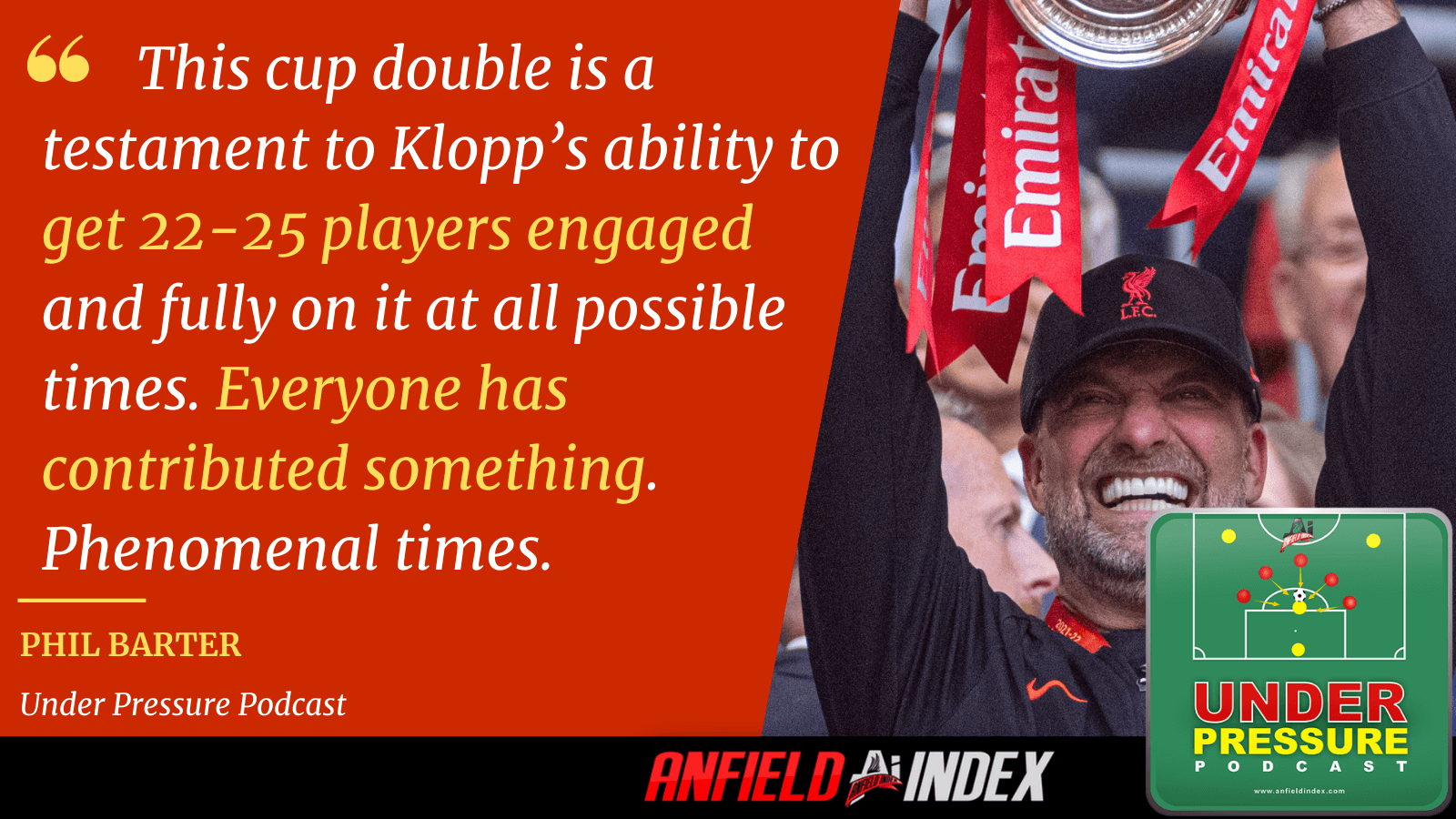 Phil was also enjoying the celebrations around where he lives, especially after the winning penalty.

I walked out of the house with my LFC shirt on after the game and all the Chelsea fans’ flags had all been taken down as soon as Kostas turned around in celebration.

When analysing the game the first focus was on the tremendous performance of Luis Diaz, who topped the Reds’ shot count but also had a role to play defensively. 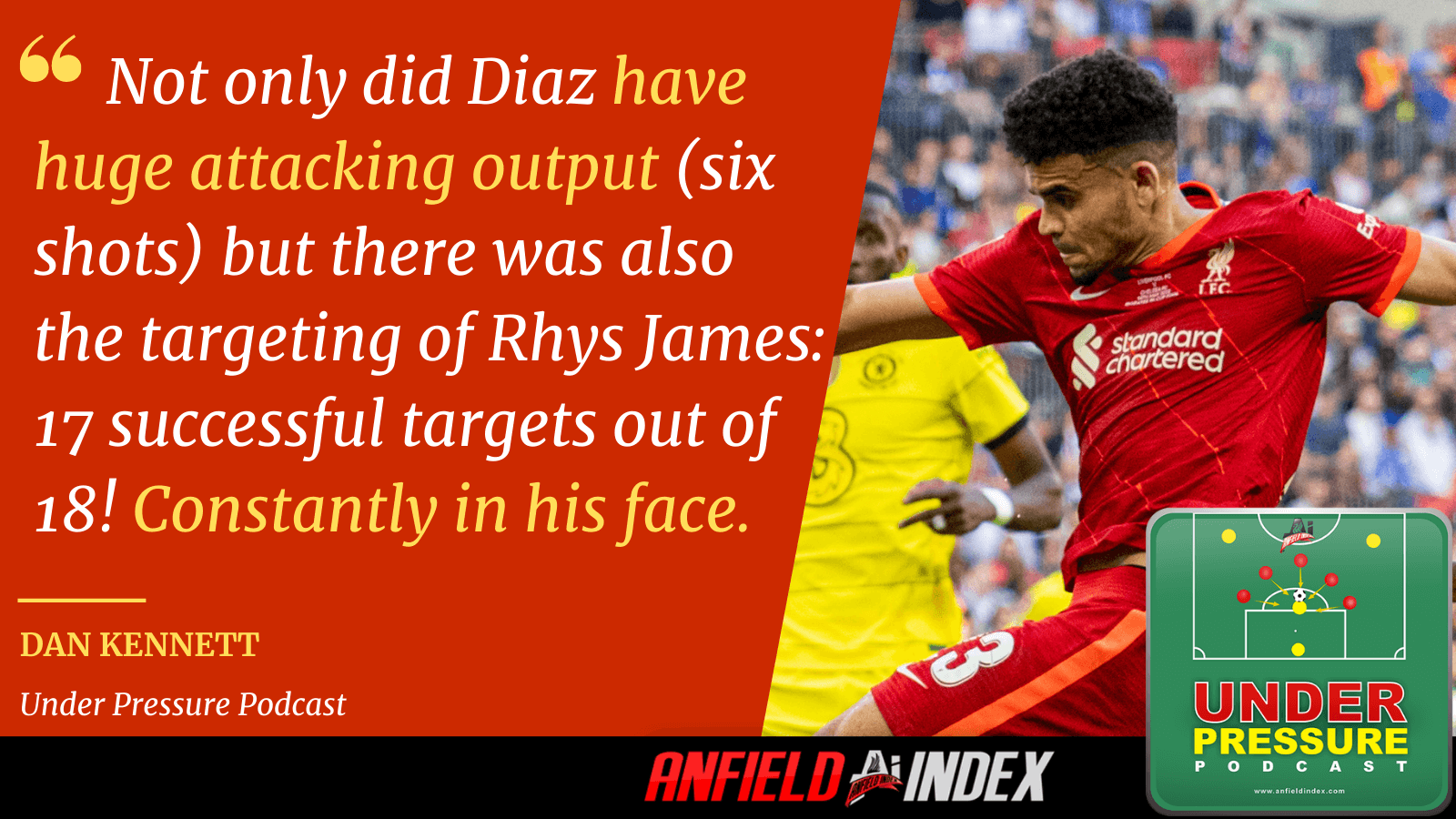 As you can see below on the excellent data analysis done by Dan Kennett, it was by far the biggest pressing ‘duel’ of the match. It also includes a list of the ‘targets’ made by Liverpool players as well as the success rates. 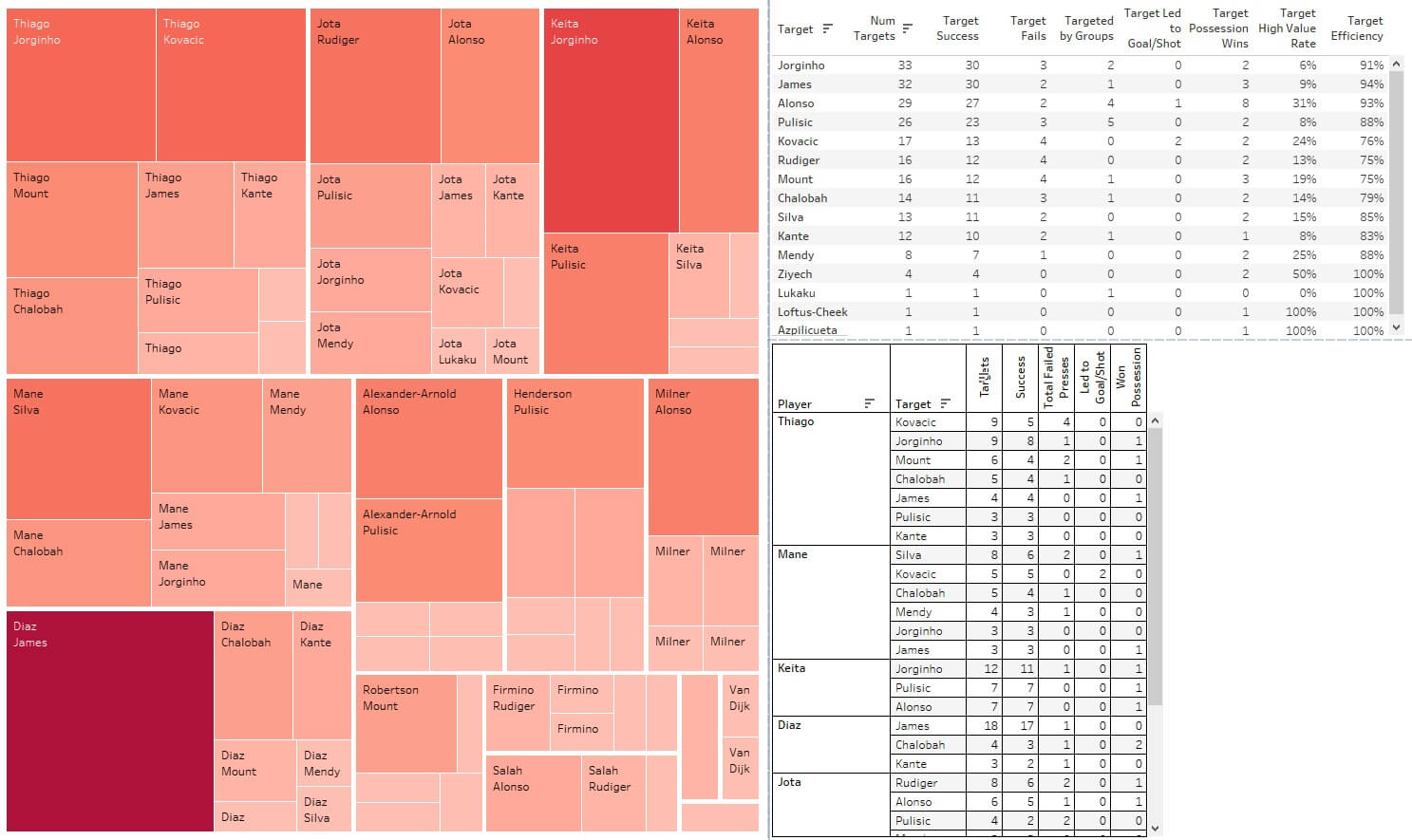 It wasn’t just Diaz who was crucial to the pressing performance though, another consistent performer – in a new role – was Naby Keita, especially once Salah went off injured early in the game. It followed on from his excellence in the two previous visits to Wembley this season. 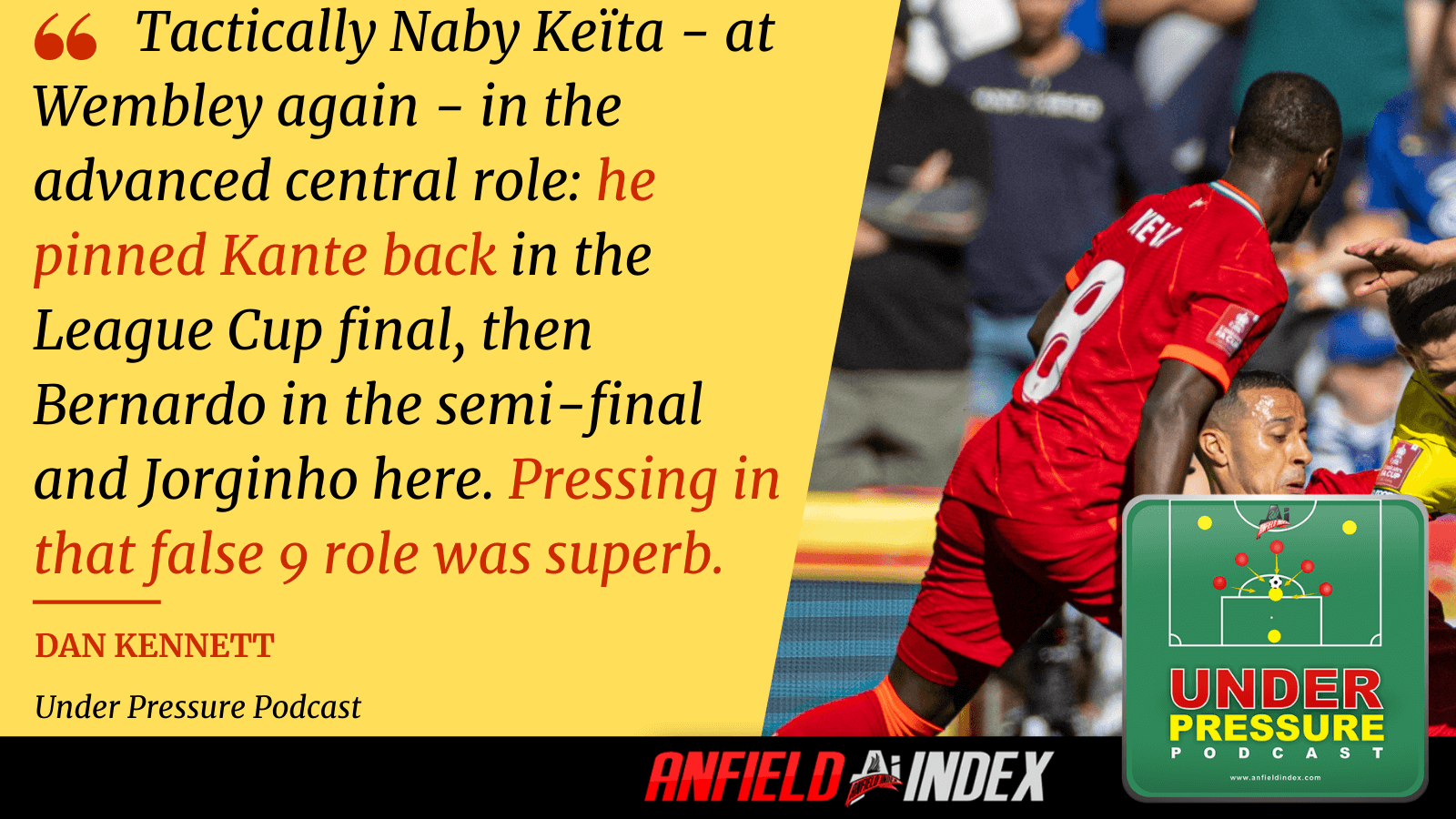 The other player to receive plenty of praise was the captain Jordan Henderson, who took over from Fabinho in the number six role in front of the defence and managed to produce a near perfect pressing performance. 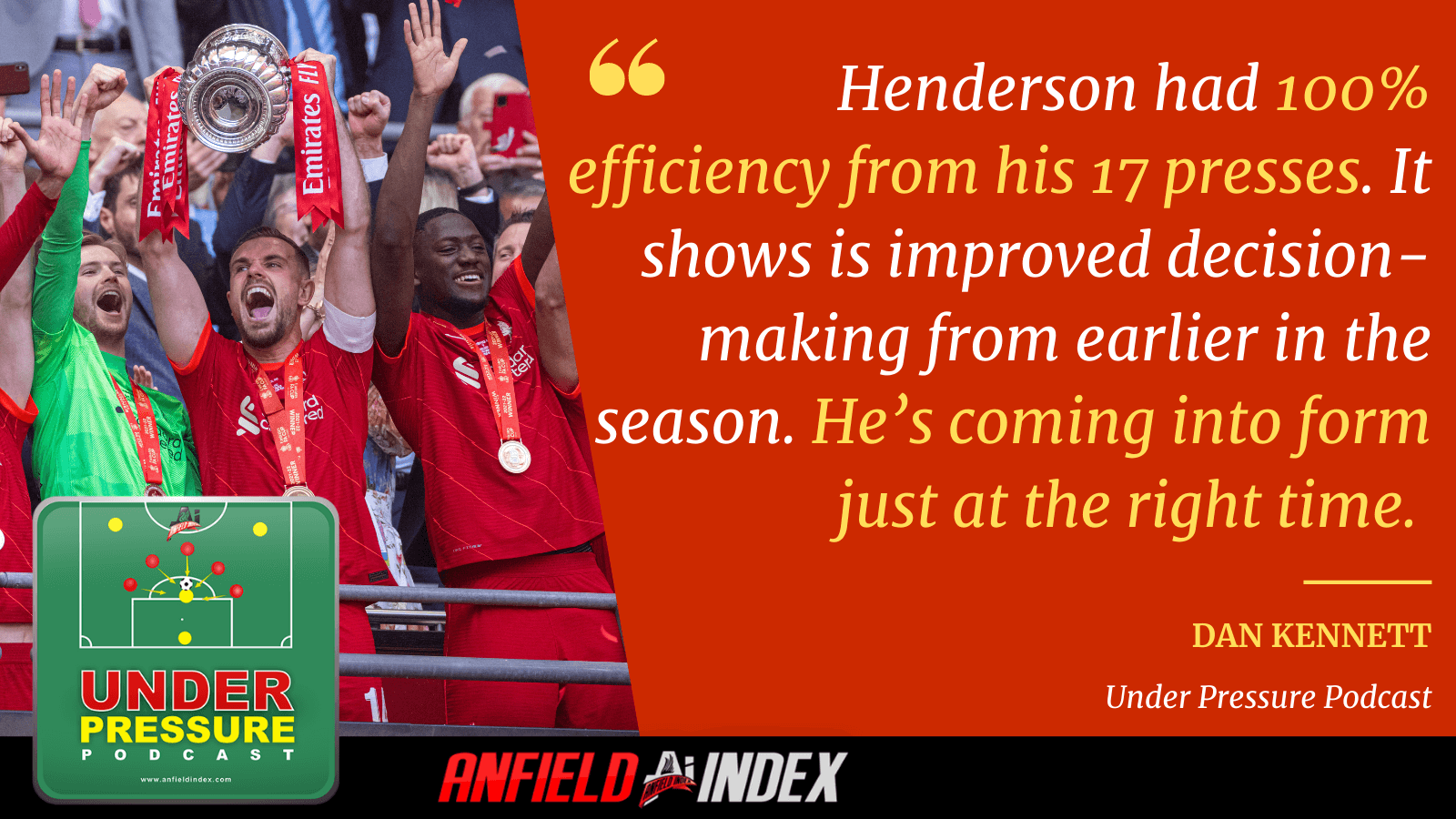 Finally on the individuals, it was – arguably – the man of the match for his overall contribution, and that was Trent Alexander-Arnold. Both me and Phil thought he was the best player on the park, though it was a close call between him and Diaz. 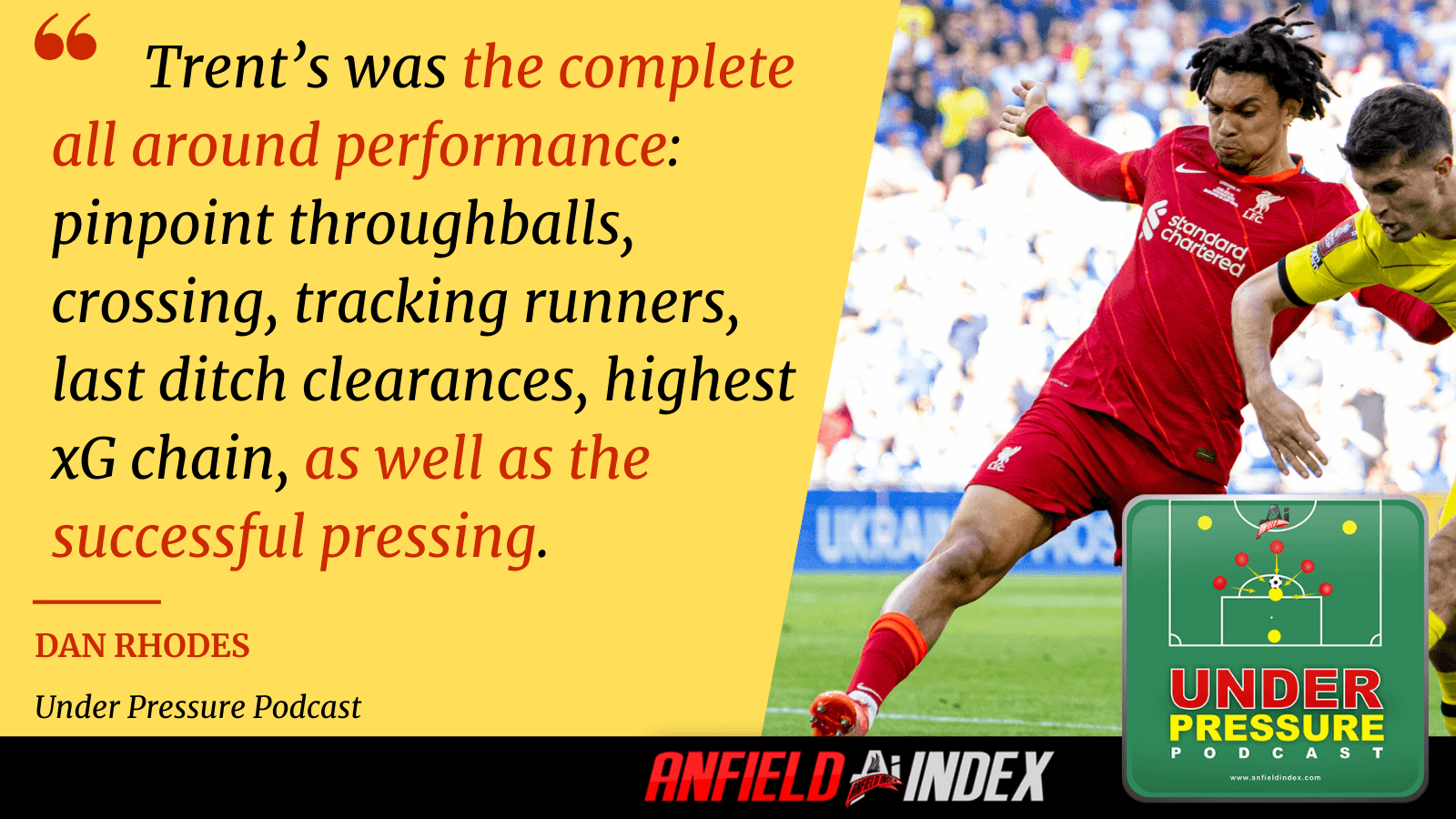 Ultimately it went to penalties, but if we include the chances missed in the League Cup final as well it wasn’t as if there weren’t enough opportunities for both sides to score! 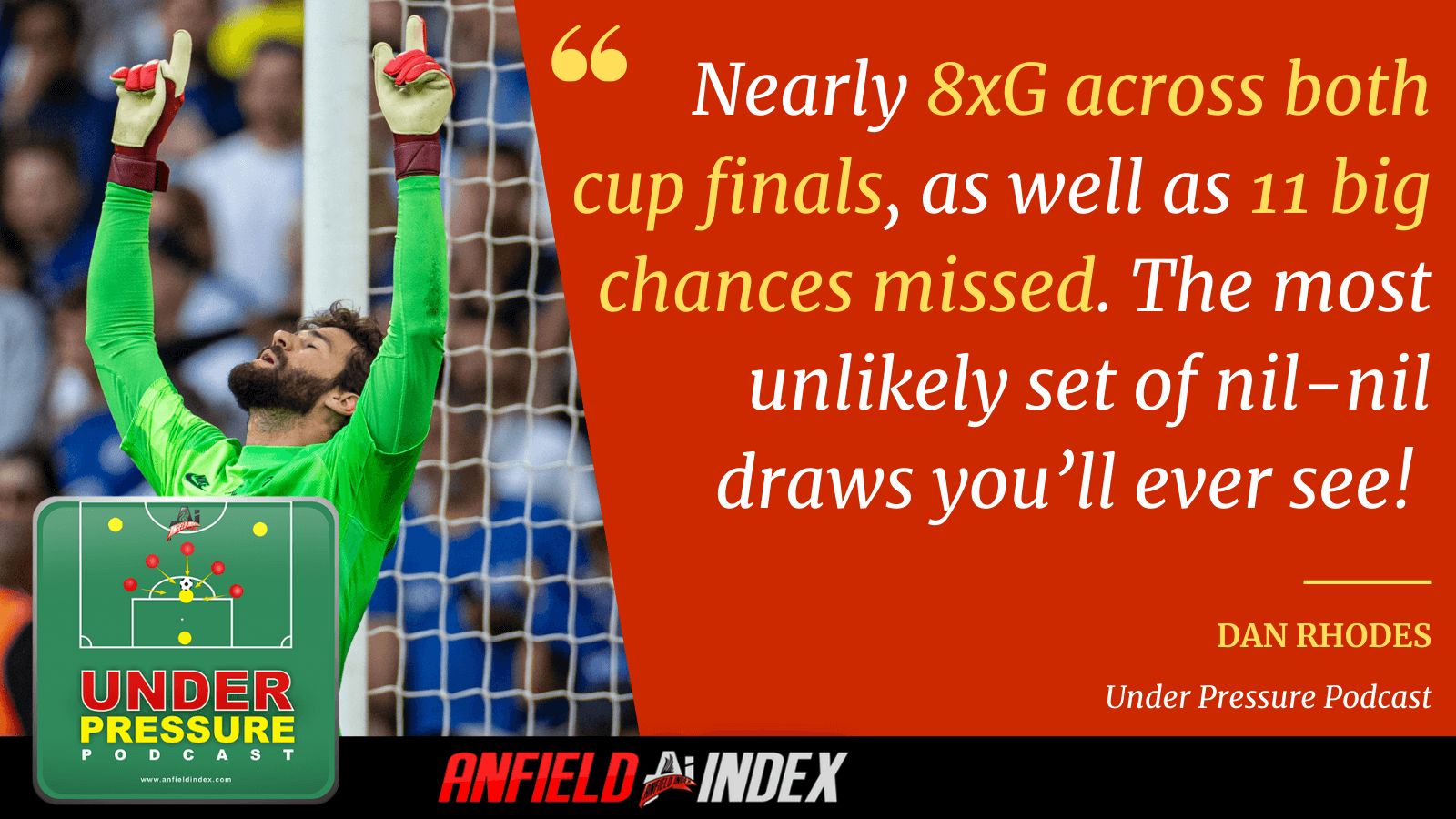 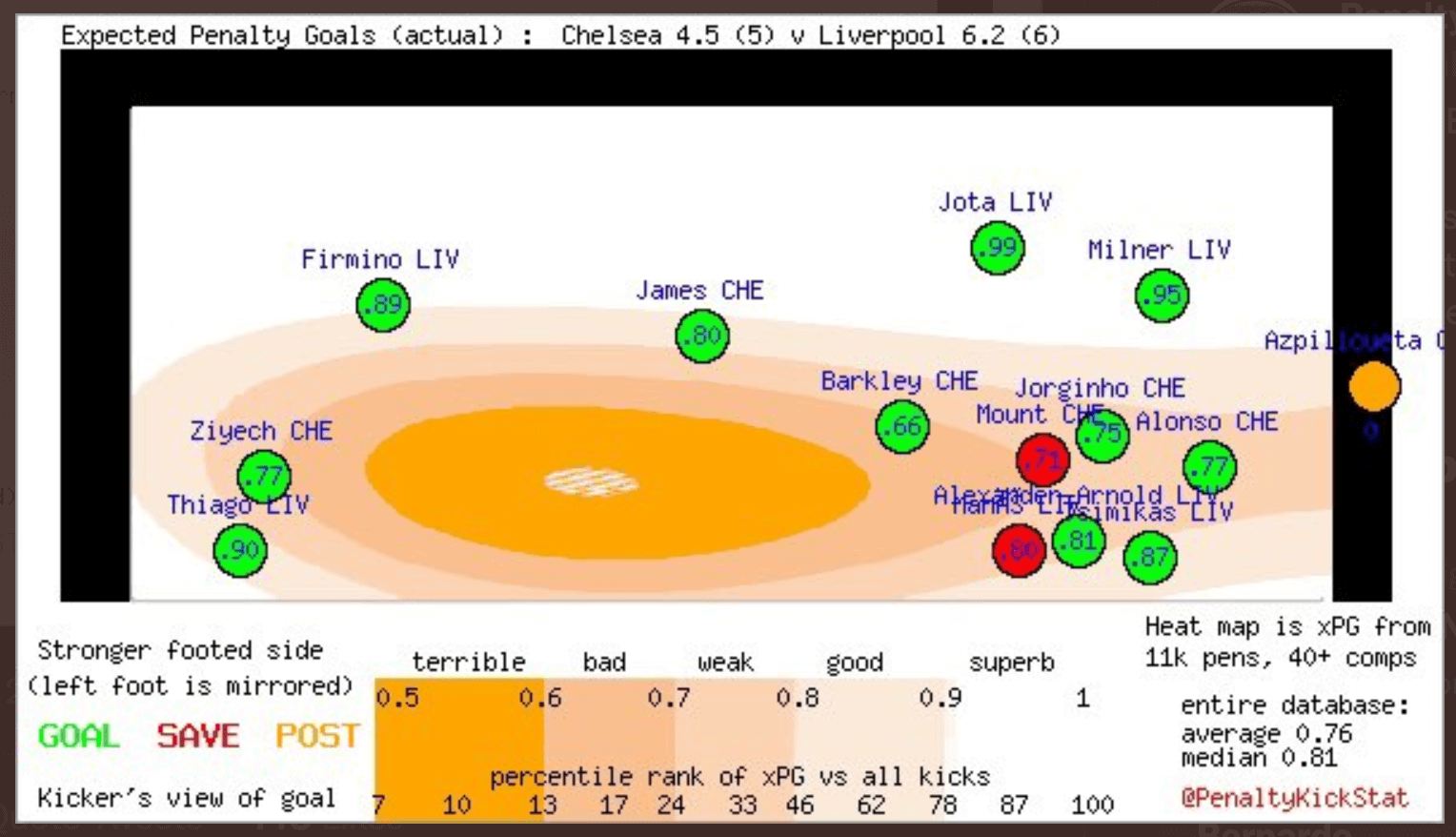 He produced it on special request from Dan Kennett, and it also adds fantastic statistical context for the penalties taken, scored and missed. Cheers to them, and get following them on Twitter.

If you want to listen LIVE to any Under Pressure podcast, you can by subscribing to AI PRO here and also joining the Discord channel where all the best shows are recorded, and often includes lots of interaction with subscribers as well as plenty of Data Viz in the live show chat.

You can find a lot more statistical analysis on the UP Twitter feed by following them here, As well listening to the most recent episode on the link below.